As our good friend Lyn points out, there is a growing chorus of Bitcoin haters coming out of the woodwork to proclaim that the US Federal Government is going to ban Bitcoin before it ever threatens the dollar's status as global reserve currency. This is a real cute line of thinking considering the fact that Bitcoin has already reached a tipping point in terms of global adoption and proliferation of full node software and cultural acceptance in the mainstream. At this point, the worst the US Government could do in regards to Bitcoin is cut off its nose to spite its face by attempting to prevent US citizens from purchasing, holding, using, and building on Bitcoin. If the Federal Government were to attempt to do this it would come with extremely high opportunity costs.

This type of action would 1.) make millions of American citizens and many large corporations criminals over night, 2.) force a percentage of these forward looking and innovative individuals and companies to seek safe harbor in more bitcoin-friendly jurisdictions, and 3.) prevent the US from being a leader in terms of ushering in and leveraging one of the most revolutionary technologies humanity has ever come into contact with. You know what they say, "If you come at the King, you best not miss." And at this point, it is logistically impossible for the US Government to come at King Corn without missing terribly. The costs are too damn high!

Another very important thing that none of these lazy detractors ever seem to think about when throwing out this line of FUD is that America is a Republic made up of states. Each with different laws and incentives at the local level. If 2020 and the reaction to COVID has taught us anything, it's that there has been a very encouraging reversion to states' rights and allowing individual states to make decisions for themselves. This will be no different with Bitcoin adoption. In fact, we are already seeing states, and even individual cities, begin to compete for Bitcoin talent. Here is a Bill that passed the Kentucky state legislator just last week:

House Bill 230 is a bill that directly targets bitcoin miners to come do business in the state of Kentucky by waiving the sales tax on electricity used to mine bitcoin up to a certain point. This is an incredibly beautiful thing to see. Don't look now haters, but there is already a competition heating up at the state and local level to court bitcoiners. Wyoming has led the way at the state level by setting up laws that make it very favorable for bitcoin companies to set up shop and do business. At the city level, we're seeing Miami hit the recruiting trail hard as Mayor Francis Suarez is actively courting bitcoiners and bitcoin focused businesses to set up shop in the city. And now we're seeing states like Kentucky and North Dakota (has a similar bill to House Bill 230 making its way through the state legislator) enter the fray.

We've also seen the opposite approach taken from states like New York who have created a regulatory compliance hurdle that is too high for most businesses to overcome, so they are actively avoiding doing business in the state while servicing Americans in every other state. New York is missing out on significant revenue and talent by being so boneheaded with their Bitlicense. As more states and cities join fray with the Wyomings, Kentuckys, North Dakota, and Miamis of the US, states like New York will be made to look like fools as they actively thwarted off the potential for innovators to build within their borders.

Over the next few years, as the forward looking states in our union begin to reap material benefits from the bitcoin businesses domiciling in their borders, it will become even harder for the Federal government to claw back the progress that has been made by banning bitcoin in the US. Especially in states with abundant stranded/wasted energy resources that begin to be turned into significant revenue via bitcoin mining. The Biden Administration's ban on fracking on Federal lands is forcing the hand of states like Wyoming, who are now going to NEED to turn to bitcoin mining off stranded gas assets to fund things like education that were formerly funded via tax revenue from oil sales. The ability for bitcoin mining to show up and help fill this gap is real and it will be realized. Once the potential of this revenue stream is fully grasped, it will be nearly impossible to rip it away from sovereign states. Heck, if bitcoin keeps doing what it has done over the last 12 years, states could actively tell the Federal government to fuck off because they won't actually need the Federal funding that gets dangled as a bargaining chip.

Our friend Luke Gromen gets it:

Luke is thinking at the national scale, but there is no reason why this same idea cannot be applied at a more local level as well.

If sovereign states are willing to put some skin in the game by funding some of the infrastructure build out for mining operations, they can leverage their stranded/wasted scarce resources to produce the scarcest good the world has ever seen, bitcoin, and a portion of those proceeds can be used to fund education, healthcare, infrastructure build outs and many other programs within their own borders. It sounds crazy and this term is anathema in the Bitcoin space, but you could build a quasi-UBI system at the local level. The only difference here is that the state would have skin in the game and funding this with a truly sound monetary good instead of printing money out of thin air and airdropping it on citizens in hopes that it stokes growth or maintains stasis without devaluing the individual monetary units. The MMTers have it completely ass backwards and the bitcoiners have it all right. You can quote your Uncle Marty on that. It seems crazy at the moment, but it is the god damn truth.

At this very moment, the Federal government can certainly attempt to ban Bitcoin, but it will have dire consequences in the form of extremely high opportunity costs. In a couple of years, once mining and business infrastructure has been built out in earnest, it will be politically untenable and considered violence against sovereign states.

Lower back took the brunt of the stair fall. Hoping to be back in the gym tomorrow.

The distributed, private, and value driven future is being built right under your nose. 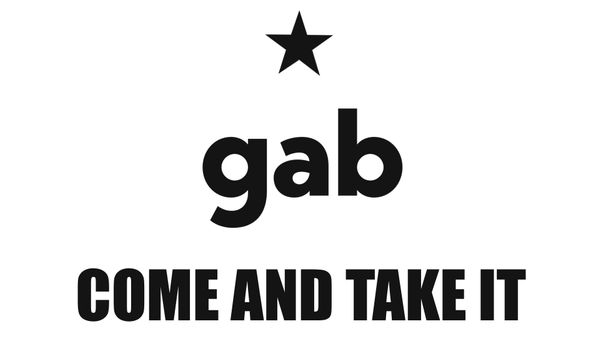 One thing about Gab getting cut off from banking services is acutely highlighting is the power of Bitcoin.