What does the future in which Bitcoin succeeds beyond your wildest dreams look like? What does the world of banking and finance look like in a world in which the Federal Reserve, the Treasury Department and their counterparts around the world are unable to manipulate the money supply on a whim? Where does money flow from and how does it flow?

These are questions your Uncle Marty has been pondering recently, especially as he falls further and further down the mining rabbit hole. It is hard to reimagine the world with a radically different monetary structure revolving around a technology that is eleven years and eight months old, especially when one has grown up under a monetary system that has not experienced structural change in their lifetime. With that being said, let's get cosmic, freaks.

In the future, I believe energy producers will be the core of our future financial system. We talk a lot about the Cantillon Effect in this rag and how it is the main driver of the inequality that has pushed people into poverty and the extreme ends of the political spectrum across the world. The crux of the issue with the Cantillon Effect is the centralized nature of the source of money creation and distribution. The Fed and other central banks around the world coordinate with the necessary government entities to print money ex-nihilo and distribute it to privileged banks and similar entities with access to the central bank windows. The ability to create money is limited to these entities and no one else. You couldn't hop in the fray to add competition to this racket if you had all the money in the world.

Now that Bitcoin exists, we have the ability to completely bork the Global Central Banking system and replace it with a truly free, apolitical monetary good. The source of bitcoin distribution will look completely different when compared to the evil system we are subjected to today. As I have discussed in this rag and on the podcast many times, Bitcoin miners are on a quest to find the cheapest energy sources that they possibly can so that they can mine as profitably as possible. This leads miners to far off places with stranded energy sources that aren't being utilized. Up to this point, miners have leveraged information asymmetry to build out infrastructure and utilize stranded energy to build profitable businesses. As time goes on, energy producers are beginning to wake up to the fact that Bitcoin can help them become more efficient. We are at the very beginning of a wave of capital allocation across the energy sector dedicated to building out Bitcoin mining infrastructure.

During this early stage, the Bitcoin mining infrastructure will serve to make these producers as efficient as possible. Mining will be used to consume as much waste gas as possible, to consume stranded gas with no pipelines to bring it to market, to balance grids with volatile demand, and as a load-as-a-service solution for renewable energy sources. As Bitcoin's dominance begins to increase and as the power of the global central banking cabal begins to wane, energy producers will begin to replace central banks as the source of money distribution; fundamentally shifting the dynamic of finance and human organization in the process. The source of money will be in oil fields, at nuclear power plants, at solar generation farms, and hydroelectric dams, among other sources. It will no longer be centralized in stuffy boardrooms and manipulated by sociopaths.

In the future, the sources of our money will be much more distributed, its distribution will be built on hard (proof of) work and risk, and they will connect the physical and digital worlds in the most efficient way we can currently conceive. This will lead to a financial system that looks very different than the one we are currently subjected to. What does it look like exactly? I'm not very sure at the moment, but I have a visceral feeling that it will not mimic the current system as many seem convinced it will. The ability to take wasted energy at the source and turn it into the hardest money that humans have ever encountered has never existed. It will lead to a financial system we cannot fathom at the moment.

Those who are convinced that the Central Banks of today will exist in the future are wrong in my opinion. Those who think Central Banks will adapt and adopt bitcoin are sorely mistaken. These institutions are being obsoleted in real time and they will be replaced by energy producers. The world will be much better off for it. Quote me.

One day Summer colds, a bump in the road.

The critics who only see price increases and jeering bitcoiners are missing the forrest for the trees. 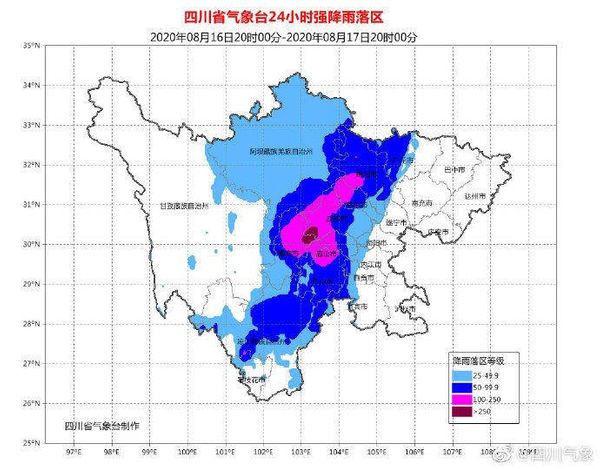 Yet again, this year's rainy season in China is highlighting the pressing need to geographically distribute hash rate outside of the country.