Your Uncle Marty has failed you, freaks. He's dropped the ball. This rag is meant to highlight the interesting and exciting developments going on in and around Bitcoin. Somehow, someway, the topic of Discreet Log Contracts has evaded this dirty corner of the Internet. For that, I am sorry.

With that being said, better late then never. And it's probably not a bad time to touch on this topic the day after a working prototype and demo have been released by the team at Suredbits.

In short, Discreet Log Contracts is a proposal that was put forward by Tadge Dryja and Gert-Japp Glasbergen from MIT a few years ago that aims to bring invisible smart contracts to the Bitcoin blockchain. The problem with smart contracts on blockchains at the moment is that they use a lot of data - which isn't good if you want to keep the chain state a size that allows individuals to download full nodes to verify they validity of their UTXOs - and they aren't very private. Discreet Log Contracts (DLCs) attempt to solve both of these problems while also minimizing the amount of trust that users of DLCs have to put in oracles; the entities that provide that data that smart contracts settle against.

Over the course of the last year, the team at Suredbits has been working to bring the dream of DLCs to fruition on Bitcoin. And it looks like they are getting pretty close as evidenced by the demo above.

For the lazy freaks out there who do not have the 11 minutes to consume the demo (stop being lazy), Suredbits' Nadav Kohen sets up a DLC on testnet in which Alice and Bob make a bet of 100,000 sats on whether or not the price of bitcoin would be above or below $10,000 at block x. To engage in this bet, Alice constructs a few transactions and embeds the terms of her side of the bet in a contract that Bob then takes and agrees to enter in. Constructing his own transactions and signing the initial transaction that initiates the contract. Then Nadav walks users through the many scenarios that can play out once block x has been mined and the contract is able to be executed; a cooperative close initiated by Alice, an uncooperative close initiated by Alice, and the returning of funds in a scenario in which the oracle bails on the contract.

I highly recommend you peep the demo and read through Suredbits' blog series on DLCs. Uncle Marty has a feeling DLCs are going to be a killer app that enables the individuals building on Bitcoin to get much more creative than they currently have the capacity to. Scalable, private smart contracts brought to Bitcoin the right way. The haters will tell you that you need a whole separate blockchain to make this possible. Don't listen to the haters.

Big shave day ahead of me. 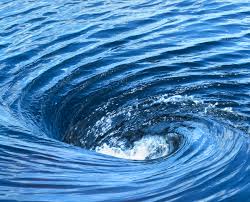 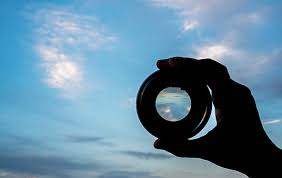 Those who decide to focus on Bitcoin from the get-go will have more longevity in my opinion.