The world is entrenched in a collective insanity being driven by many individuals who have decided they prefer to live in a fairytale world based on signaling virtue over a reality rooted in truth. Worse yet, this fantasy world is being enabled by the Federal Reserve and Treasury Department, which have effectively merged into one large parasitic entity over the course of the last 15-months. Two characteristics of the collective insanity have been acutely highlighted this week; an inability to admit absurdity in the face of clear evidence and a massive misallocation of capital that perpetuates the absurdities.

We've covered these two topics recently, but I think it's important to drive home the message that many are being led down a path of assured self-destruction under the guise that they are walking down a path of righteousness.

First up, we have potential blackouts of the Texas energy grid looming at it heats up, individuals turn their air conditioners on, and wind turbines fail to generate a sufficient amount of electricity to meet demand due to the fact that there is less wind - which is contributing to the heat. This is the second time in 5-months that Texans are learning a lesson about energy reliability during peak demand times. It turns out wind and solar aren't nearly reliable as is necessary during peak demand hours in Texas.

The rapid succession of massive grid issues in Texas should have many asking, "How the hell is the energy capital of the West operating on such an unreliable grid?"

Well, it's the fiat monetary system and the distortion of pure pricing signals via massive subsidies. Here's a great article on the subject written by our friend Robert Bryce that I recommend you freaks read in full.

The massive subsidies and carbon credit scam that is being enabled and perpetuated by the Federal Government is incentivizing Wall Street to throw truth to the wayside and allocate capital in a highly subsidized industry to reap the benefits of money ex-nihilo. This is leading to an overproduction of unreliable energy sources on Texas' grid that is putting lives in danger. In a world without these massive subsidies we may witness a capital allocation strategy that takes the truth of the matter into consideration; it makes sense to make sure that a grid is connected to very reliable energy sources that can serve the market without a hitch during peak demand. Unfortunately, the Fiat System is driving people to do literally insane things that many have understood as insane for centuries.

The incompetence on display from ERCOT is extremely frustrating. The second example I'd like to highlight is downright infuriating. The sprint by The Federal Reserve, using BlackRock as a proxy vehicle, to purchase as much single family real estate as possible to usher in a feudalist society in which the Common Man is turned into a complete serf.

The fact that the Fed can handpick financial institutions and corporations to bailout with money printed out of thin air that is subsequently used to price families our of affordable housing proves that we are living in a mass psychosis. The level of overt unfairness and favoritism that is tolerated in a supposedly civil society proves people are living in a fantasy land where logical consistency does not exist. If it did, the people who claim to care about inequality throughout the economy would have their ire squarely focused on a US Dollar Reserve System that is currently enabling the largest societal theft in human history.

Despite the fact that Thomas Jefferson most likely never uttered the above words, it is a very prescient warning - no matter who issued it. If you pay attention, you'll notice that this is happening as we speak. The Fed, a private bank, is enabling its close partners, like BlackRock, to plunder the American housing market. This needs to end. The only way to end it is to take the power of money creation away from centralized entities like the Fed. The only possible way to do that today is via Bitcoin.

An economy running on a Bitcoin Standard cannot print money ex-nihilo to be misallocated toward unreliable electricity production and the enablement of the forced transition of the American middle class from a upstanding and autonomous group of people to a serf class with no autonomy over its own destiny.

Very excited to enjoy the US Open this weekend. 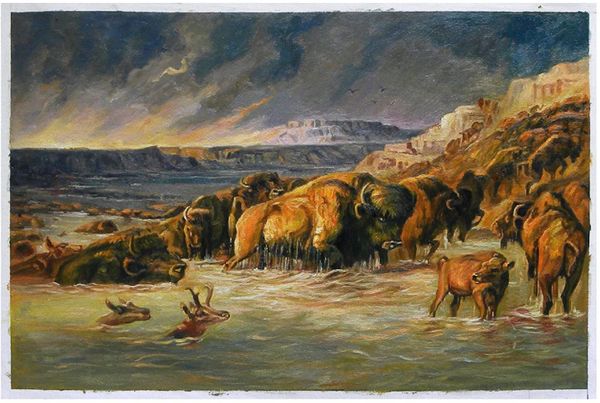 Taking the blinders off and screeching back at the screechers takes away from the things I should be focused on.