On the first of the month, we made you freaks aware of the fact that Schnorr was getting closer to being merged into the libsecp256k1 library, which is used to sign and verify signatures in Bitcoin Core. Well, as you may be able to tell from the excited tweet from our friend Ben above, Schnorr support was officially merged into the library Friday afternoon. A huge step forward for getting BIPs 340, 341 and 342 deployed on Bitcoin.

This is a great step forward for some improvements to the protocol that many individuals have been anticipating for some time now. Schnorr signatures are a better, more efficient, and more robust when compared to ECDSA. For those who are unaware or may have forgotten, Schnorr signatures were around when Satoshi launched Bitcoin in 2009. However, at the time they were under patent and had not been tested in the wild as thoroughly as ECDSA, so Satoshi was compelled to launch using ECDSA. Since Bitcoin launched, the patent has expired, more people have put Schnorr signatures to the test, and it is clearer that Schnorr is a much better option for many reasons.

You can do more with less when it comes to Schnorr, mainly condense many signatures/inputs into one signature. This functionality alone will enable transaction formats that make the protocol more efficient and private. Helping to mess up many heuristics that are used today to track bitcoiners throughout the chain. On top of this, it can make things like Discreet Log Contracts much more robust. These are only a couple of examples that I can think of off the top of my head. There are many more benefits that come with the addition to Schnorr. I highly recommend you freaks go back and read through all of the issues we've written on the subject to date. A great way to get excited about the future of Bitcoin and the increased utility that will be enabled if and when these BIPs are deployed to the network.

The crowds in the water this morning were the biggest I've ever seen. Wave selection pressure was increased exponentially.

These improvements increase the utility of the Lightning Network considerably while doubling as an overall UX improvement for users sending and receiving transactions. 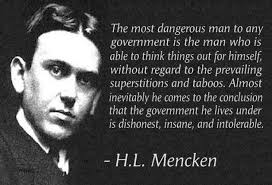