We're reaching levels of pure insanity in this country that your Uncle Marty did not think were possible. Shame on him for being so small minded.

The latest empty platitude emanating from the Woke Capitalist™ system is the need for the Federal Reserve's mandate to be amended to *checks notes* end racism and income inequality. Expanding out from its current mandate of stabilizing consumer prices (lol), being the lender of last resort for member banks, and ensuring sufficient employment. The New York Fed has taken the virtue signal and plastered it on the front page of its website already stating, "We are steadfast in our commitment to work for a more equitable economy and society for all, and will redouble our efforts in pursuit of this essential mission." A lot to unpack here. The *literal* doublespeak and Orwellian framing from the New York Fed is, frankly, astonishing.

As you freaks who have been reading this rag for long enough understand, there has been no larger contributor to the wealth gap in this country than the Federal Reserve. The expansion of the Fed's balance sheet has benefited a very very small minority of connected Cantillonaires who own assets while it has left the Common Man in the dust to struggle to tread water as wave after wave of Fed-induced inflation washes over him. This small minority of connected Cantillonaires isn't the type of minority the New York Fed is claiming to look after either.

If we are to take the New York Fed's quote to heart and believe that they are earnestly going to "redouble" their efforts, we can only assume they are about to further exacerbate the wealth inequality that plagues this country. That is the only logical conclusion one can draw from that statement based on the history of the Fed. If you think the Fed has been a terrible capital allocator to date, just wait until they start picking winners and losers more granularly and with racial criteria that need to be met. The trope certainly seems appealing, but I have no doubt the Fed will only make things worse as they attempt to implement this policy.

You do have to tip your cap to the Fed here though. What a narrative spin. The institution most responsible for tearing apart the fabric of our society is pretending to ride in on a white horse. Bringing with it peace and equality. Don't sleep on this narrative, it seems like Joe Biden is about to run with it as a policy he will pursue if elected.

This is REAL RICH coming from a man who has done a lot throughout his political career to set racial minorities back significantly. Pushing the Crime Bill, mandatory minimums that targeted crack cocaine users while letting powder cocaine users off the hook, and labeled minorities as "predators on our streets" who were "beyond the pale". The Crime Bill and the mandatory minimums he helped push into law destroyed the nuclear family in minority communities across the country. Setting back generations and depriving children of a quality upbringing. Again, if we are to attempt to predict the future impact of policies implemented by Biden based on his career, Liberty-minded people should be shaking.

This man is leveraging a chaotic political atmosphere to virtue signal his way into office. And he's promising to change the mandate of one of the most corrupt institutions in the world to "follow through". Here's to hoping he's forced to debate these points on a stage at some point before the election. I'd love to hear him attempt to reconcile his past actions with his proposed solutions.

The sad thing about all of this virtue signaling is that people will fall for it hook, line and sinker. It will become a rally cry from the Marxists currently attempting to take over the country. Here's to hoping that better messages and solutions begin to permeate their way into the conversation.

If you want to hear what we can do to actually uplift minority communities, I highly recommend you peep this interview with the great Dr. Thomas Sowell.

Don't think I've written a rag with a shirt on in at least three weeks.

Huge shoutout to Nadav Ivgi and others who contributed to Minsc for the incredible work. Bitcoin is better off for it. 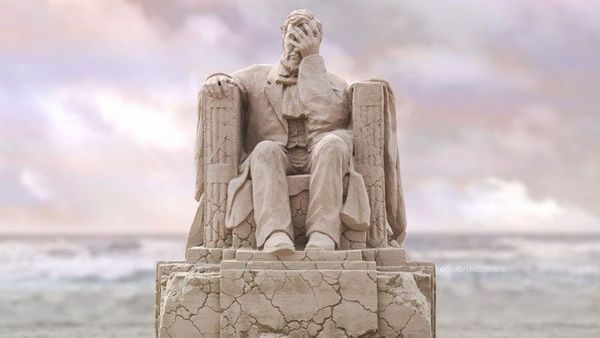