201 days have been x'ed off the calendar so far in 2020 and it feels as if the whole year has been a slowly building crescendo that is going to peak with a bang that resets some of the pillars of the world's dominant power structures. So far, we've had a novel coronavirus sweep the planet. Inciting drastic measures from governments around the world which have led to drastic measures from the Federal Reserve and other central banks around the world as they attempt to prop up the global economy with money created ex nihilo. These themes have been discussed ad nauseam to date, so I'd like to shift some attention towards a couple of topics that are developing at the moment and will likely become a bigger part of the narrative as the year rages on; the Jeffrey Epstein saga and the situation with the Three Gorges Dam in China.

In case you missed it, there was a new development in the Epstein saga over the weekend. The son and husband of the judge who is presiding over the class action lawsuit being lobbed against Deutsche Bank for allowing Epstein to facilitate the movement of money for his global pedophile ring were shot in their home over the weekend. Tragically, her son was killed and her husband is in critical condition. More details on the shooting and the case below:

What are these people hiding? This is one of the most egregious examples of judicial intimidation that I have ever witnessed. What information do the people behind this attack not want to come to light? Your Uncle Marty has a very strong feeling that the paper trail left by Epstein and his band of pedos will ensnare a lot of powerful people if this case is given the respect and thoroughness it deserves. Why else would those involved send a disguised hitman to murder the husband and son of the judge presiding over the case.

While this is but a lowly bitcoin-focused newsletter, I feel compelled to highlight this story for a couple reasons; the mainstream media hasn't given the Epstein saga nearly as much scrutiny as it deserves and the whole situation perfectly encapsulates the two-tiered justice system we are attempting to get away from using Bitcoin as a tool on that journey. How the hell was a high-profile convicted pedophile allowed to leverage Deutsche Bank's services to move large sums of money around the world without the same scrutiny that Joe Schmoe would have been subjected to had he attempted to move money in the same fashion? Who is attempting to squash the case that will dive into the details of these money transfers? I pray that Judge Salas or anyone who ends up replacing her after this deadly attack on her family has the courage to give this case the hyper-scrutiny it deserves. Hopefully this overt assassination attempt draws the necessary attention from the public to ensure this.

The information brought to light by this case could potentially destroy a lot of powerful people that the masses respect. Helping us destroy false idols while providing justice for an untold number of innocent children who have been ensnared in this evil web.

Evil exists in this world.

A few weeks ago, we made you freaks aware of the fact that one of the largest dams in the world was rumored to be under an immense amount of stress as China weathers an extreme rainy season. It is becoming clearer by the day that the situation unfolding at the Three Gorges Dam is turning dire. Reports out of China (which are admittedly hard to confirm) are painting a pretty grim picture as the floodgates of the dam have been opened. Causing mass flooding downstream from the dam. It is also being reported that the CCP is blowing up dams upstream from the Three Gorges Dam to help reduce flooding levels to prevent the Three Gorges Dam from faltering.

Here's to hoping their efforts are successful because if they aren't the destruction would be unlike anything we have seen in recorded history. It is estimated that 400,000,000 people would be directly affected by the dam's failure and some analysts have pointed out that 25 nuclear power plants exist within in the flood plane that would materialize. We're talking mass casualties, a wipe out of the energy grid, and nuclear fallout. The effect this event would have on the Bitcoin network is the least of our worries. Again, we pray this scenario doesn't materialize for the sake of the Chinese people.

Regardless of whether or not the dam fails, people are beginning to speculate that this could be the Black Swan event that brings about the demise of the Chinese Communist Party. This morning I learned about a concept that has existed in China for centuries; the Mandate of Heaven.

The first 201 days of 2020 have brought a plague, pestilence and a biblical flood to the Chinese mainland. Many within the very traditional country are beginning to signal that the CCP's Mandate of Heaven may be over. A changing of the guard seems to be in order. We shall see if it materializes.

If the dam breaks and the people of China move to revoke the CCP's heavenly mandate, we are in store for some very very interesting times. The geopolitical chess board will be tossed off the table.

Is it just me, or does it seem like God is trying to send a message to us this year? Maybe we should take care of the global pedophile ring and rid ourselves of the despotic regime that is currently rounding up and sterilizing more than a million muslims. It seems that He may be taking that into His own hands.

Writing outside in 90 degree heat. The stuff of legends.

There is never a bad day to brush up on your Bitcoin basics. Luckily for you freaks, Danny Diekroeger has been BEASTING Twitter threads. 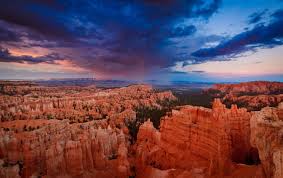