We're in the middle of a storm right now. Chaos reigns supreme as the powers that be scramble to stop the hemorrhaging in the stock markets and the decay of confidence in our political institutions that is sweeping the country. Bitcoin has been swept up in the storm as people panic run to the sidelines for cash and as volatility takes over the markets causing a cascade of margin calls for short-term traders who were overextended.

Right now, however, the nascent peer-to-peer distributed digital currency seems to be holding up relatively well as markets continues to plummet. Stocks, oil, and (paper claims on) gold are dumping across the board. Even after the circuit breakers were triggered.

As the world goes to shit, an alternative that is completely bereft of the debt handcuffs linked to the traditional financial system waits in the brush. Consistently producing blocks and enabling peer-to-peer transfers for those who have access to the software. The Perfect Storm is upon us. This is the type of environment in which Bitcoin was birthed. This is why Bitcoin exists.

The powers that be want to solve these systemic problems with more of the same with some added tricks. Printing money, lowering rates, and bailing out corporations who made bad decisions have been the norm and are very much back on the table. This time around it seems like the government is dead set on adding some for of "temporary" universal basic income to the mix. None of this will be advantageous in the long run. It will lead to more centralization and a further decay in legitimacy of the Dollar.

If we want to fix the systemic problems that are being laid bare at the moment, people need to make structural changes. Breaking away from the evil global central banking system is the first step. Shifting from a high velocity trash economy run on easy money to a low time preference economy built on sound money and capital accumulation is imperative. The inability of individuals and businesses to accumulate and SAVE capital is the reason things are falling as fast as they are at the moment. It is the reason governments are trying to drop money into people's bank accounts as fast as possible at the moment. The fabric of our society is being ripped at the seams right now because people do not have money saved. This is mainly due to the fact that we fucked up the money and it does not serve as a good savings vehicle.

Reversing this trend takes structural changes. Unfortunately for most of the world, these changes are being forced on the market at a pace no one could imagine only 30-days ago.

As this all unfolds, Bitcoin waits patiently. Producing blocks with open arms for those who seek refuge from the madness.

My quarantine life adjustment has not been conducive for producing content before noon. 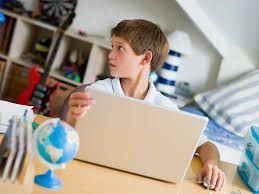 We interrupt our coverage of the end of the world to bring you a much needed respite from the madness.

Years of bad financial planning and overt financial engineering are being rewarded by the Fed and its cronies for "the sake of the US economy".