Building on yesterday's issue in which I explained why I will keep stacking sats regardless of short-term price movement. As long as the important fundamentals - hash rate, protocol development, full node operation, proliferation of second layers, and public awareness - keep improving, I am completely comfortable storing value in UTXOs. This is because these improving fundamentals strengthen Bitcoin's deep safety.

The framing provided by Nick Szabo in the above thread is a very productive way to view the world and the systems that it is made up of. When I take a step back, look at how the world has progressed over the last few decades, take stock of the current state of our reality, and try to extrapolate how things will play out in the medium to long-term; it is hard not to notice how fragile and shallowly safe some of the pillars our society depends on have become and how emergent competitors are building more anti-fragile, robust systems.

For the sake of this issue, we'll focus on the traditional financial system and the decentralized system emerging from the Bitcoin protocol. As Nick points out, the centralized nature of our current financial system provides shallow safety. Users of this system are lulled into a false sense of security due to the ease of use provided by centralizing the system. It is pretty easy to store money in a bank account, get cash out at an ATM, and make transfers. However, the users of this system cede agency over their finances and sovereignty from the State. This is becoming more apparent over time as the system begins to show signs weakness and systemic problems.

As the kleptocrats who run the centralized financial system that rules the day have gotten greedy and engaged in risky behavior in an attempt to make up for the folly of their monetary policies, they have had to show just how hallow safety is within their system. Since money printing hasn't been enough to prop up the system, the powers that be have had to begin resorting to negative interest rate policies. Immediately taxing the savings of hardworking individuals and businesses alike so that they can prop a dying system up. On top of this, the centralized nature of the system makes it so the rulers can dictate who can and cannot participate in the system. Sanctioning off whole countries from the system and even honing in on individuals who exhibit wrong think and cutting them off. In the long run no one can have any confidence that their money will be safe in this system.

Contrast this with Bitcoin; a system run by everyone and no one at the same time. The distributed nature of this system makes it extremely hard for the native token to be debased, for individuals to be stopped from broadcasting transactions on the network, and for kleptocrats to confiscate your wealth when compared to the centralized system it is competing with.

My long-term bet is on the system exhibiting deep safety.

Be wary of those pushing these idiotic narratives. They usually have ulterior motives and heavy altcoin bags. 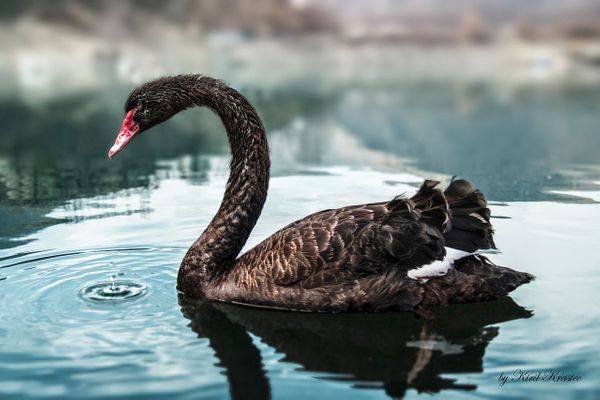 Regardless of what happens, I'll be stacking sats.