One trend we've been covering in this rag over the course of the last couple of years is the complete collapse of accountability in our world. Most recently, we touched on Boeing and their unethical handling of the many malfunctions that have led to hundreds of deaths via their fleet of 737 Max airplanes.

In the wake of many fatal crashes, instead of owning up to fatal design flaws that are inherent in the systems of this particular fleet, Boeing has played PR pussyfoot around the issue at all costs so that they don't have to moonlight their failed product. Putting many lives in danger so that their bottom line isn't negatively affected. Truly disgusting behavior that is a product of our modern economy that is dependent on growth for growth's sake. Have to keep the shareholders happy!

As you may know, this type of behavior isn't quarantined to the airline industry, but is pervasive throughout our society these days. This is becoming clearer by the day as the likes of Boeing, Jeffrey Epstein and his cronies, and those responsible for the greatest economic crisis since the Great Depression have skated by with no material repercussions that would dissuade others from acting unethically as well. No one in power ever gets in serious trouble.

One of the most pernicious industries that has not been held to account in the last five decades is the healthcare industry. Particularly the producers of unnecessary medicines that do more harm than good. These people have put the love of money over compassion for their fellow man for far too long and others are beginning to wake up from the nightmare that has been slowly unfolding across America. An opioid epidemic that has killed more Americans than were lost during the Civil War.

It is now becoming clear that this attack on the country's citizens is a well oiled machine that is dependent on many industries working in unison. It seems we have profit-driven (not health-driven) medicine producers working with software companies and the doctors who prescribe their poison to push people towards destructive addiction. Addiction that has swept the nation and ruined countless families. All in the name of profit. Get em hooked and keep em paying.

What the fuck are we doing freaks? What kind of world do we want to live in?

If there were any type of justice in our world today the people involved in this racket - from the drug companies making the drugs to the software engineers writing the code to recommend the drugs to the doctors who get kickbacks for prescribing the drugs - need to do some hard time. Shit, a couple death penalties may even be in order (MORE DEATHS THAN THE CIVIL WAR). The complete lack of accountability that exists today is leading us towards very very dangerous territory. People will not put up with this for much longer.

The Great Awakening is upon us. It's time to get our house in order.

Charles Bradley is a shining example of "never give up on your dreams". 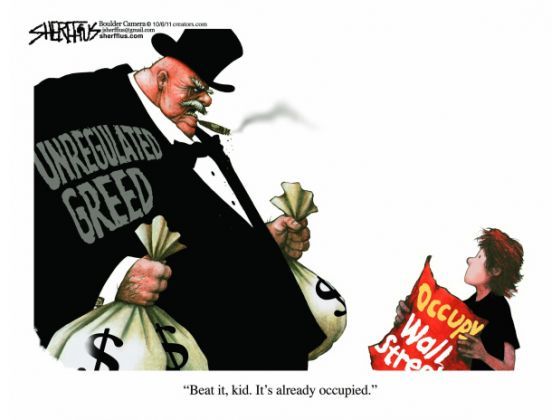 Abolish the Bank Secrecy Act. Have some self respect. 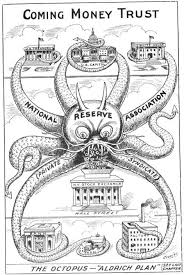 One subject that has become completely normalized over the course of the last 107 years, but definitely shouldn't be is the existence of the Federal Reserve.