Despite the fact that the price of bitcoin is up 37% since the beginning of the year we are still in the throes of a bear market. And your Uncle Marty isn't going to sugarcoat it. This is a pretty brutal bear market. 2022 exposed all of the rot that permeated the industry, particularly the industry of grift built in the land of shitcoins and yield. The epic blowups of hedge funds led by cocky moonbois, exchanges engaged in abject fraud, and firms many thought to be highly reputable and "above board" have caused many market participants to pause and look inward and reflect on why they are here in the first place while keeping those who may have been close to jumping into the market on the sidelines. The perennial naysayers have certainly been enjoying a round of fresh schadenfreude as well.

These themes are typical in a bear market, but they are more pronounced this time around, which should be expected considering how high the stakes have gotten fourteen years since Satoshi launched the protocol. Bitcoin has been vigorously marketed a super asset that is extremely scarce and supremely portable due to its digital nature. Many see the price volatility and think that bitcoin could never become a viable monetary good in today's world. They see companies squander away billions of dollars of their customers' bitcoin and scoff at bitcoiners saying that it is proof that bitcoin cannot be trusted. However, as you freaks are aware, the critics are missing the forest for the trees.

Yes, some companies cumulatively lost a lot of bitcoin, but this is indicative of bad business practices. It is not an indictment of the protocol itself. Anyone can run the numbers on their full node. Bitcoin has acted as advertised throughout all of the madness that unfolded over the last 12 months. Those who cannot separate bad businesses run by idiots and frauds from the bitcoin protocol itself and have turned away from it entirely as a result are missing the opportunity of a lifetime (again).

If one is able to pierce through the thick debris storm that has been kicked up from the blow ups of 2022 they will notice that the infrastructure around bitcoin has been hardening. Those who have survived are taking in the lessons of the bear market and applying them to their businesses and new businesses that would have been impossible or unwise to start just a few years ago are beginning to be built due to the maturation of tooling and adoption.

In the case of mining, it seems that hashrate migration to Texas has hit somewhat of a saturation point and many, including myself, are beginning to build operations across the US and in different parts of the world. And what we're finding is that there are different models to apply to on-grid mining. Particularly on the 5-20 megawatt scale. Instead of attempting to take down a 200-400 megawatt warehouse operation, many are finding that the crumbs provide an opportunity to spin up infrastructure faster and keep the ire of the public away. This is good for the geographic and ownership distribution of hashrate. Especially in the US.

The Lightning Network seems to have hit a tipping point. There is more liquidity and developer activity than I have ever witnessed. And this has only accelerated in the bear market. Those who have been around for awhile (which isn't that long) are making material progress. Strike is leading the way by enabling instant cross-border settlement that is actively disrupting payments networks and remittance businesses.

Companies like Fountain, Wavlake and Synota are highlighting the power and dynamic nature of Lightning in real time. Fountain makes it easy for podcast consumers to stream sats directly to the hosts of the shows they like. And split payments enable those hosts to share the flows with their producers, developers and anyone adding value to their production. Wavlake is doing the same thing for the music industry. Allowing indie artists to publish their music and get paid directly by their fan bases. Synota is disrupting the market for electricity bills by enabling bitcoin miners to pay their utility providers daily over the Lightning Network. And these are but a few that immediately hopped into my head. Kollider has built a state of the art exchange, a synthetic dollar, and a browser wallet that all leverage the Lightning Network. Vida is using Lightning to disrupt spam calls. A problem that plagues the telecom industry. River has established itself as a bitcoin company with a very unique offering with an exchange on/off ramp, boutique mining services, and a Lightning Services API that companies can build on. The list goes on.

Many people aren't talking about institutional money these days unless they're laughing about how it is running away from the space. But these people are dead wrong. There has been an influx of orange pilled tradfi operators who get bitcoin, understand how it can help when individuals add it to their balance sheets or work it into long-term credit obligations and are building the products that will help bitcoin flow to these areas. They are also putting leveraging reputations built over long careers to get the big money comfortable with bitcoin and help them distinguish between the affinity scams and the real thing.

Material progress has been made during this bear market and it is slowly but surely setting a base and priming the momentum for the next market cycle. And when the market turns many of these companies will be prepared to take on the influx of new users and introduce them to the awe inspiring power of the bitcoin network and the many different layers that are being built atop it.

If you're paying attention you should be more bullish than ever. Not even a global economic slowdown can stop this momentum. It is simply too strong.

Gym rat Marty needs to make a come back. 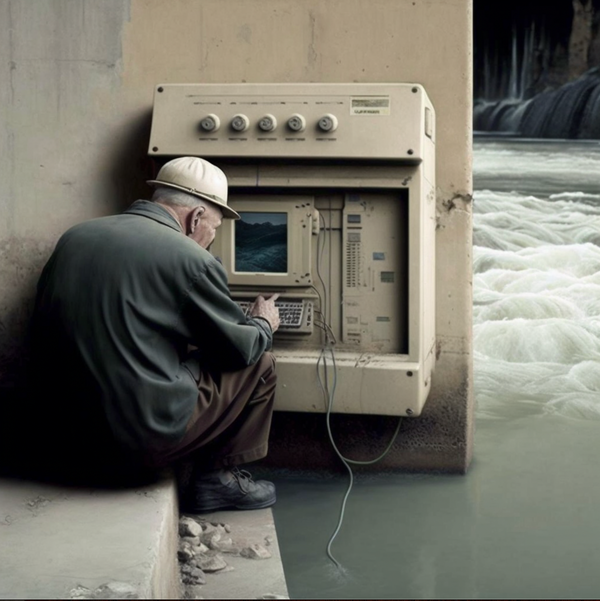 This type of repulsive and counterproductive discrimination needs to end. 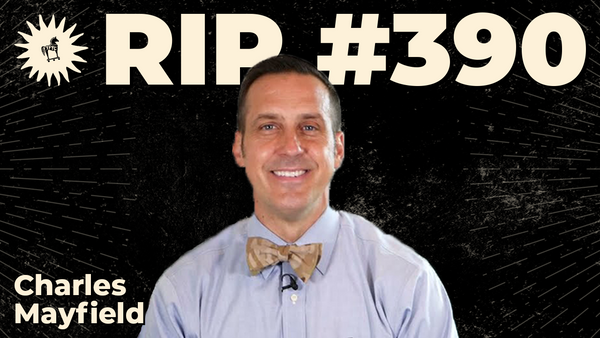 Farrow's origin story is a fascinating case study in the power of scratching your own itch and stumbling into a viable business.