The calendar has turned to a new year and the carnage in "crypto" markets has not abated. Earlier today, embroiled lender Genesis Global Trading, a Digital Currency Group company, announced that it cut 30% of its staff and is mulling over a potential chapter 11 filing. This comes just a week after Cameron Winklevoss, co-founder of Gemini, wrote an open letter to Barry Silbert on behalf of his firm and their 340,000 customers who have been unable to access their funds since Genesis halted withdraws over 50 days ago. Gemini's customers who had their funds frozen were leveraging Gemini's "Earn" product to get yield on their bitcoin and altcoins. Gemini partnered with Genesis on the Earn product. Customers would deposit their bitcoin into Earn, which would provide Genesis with a pool of capital to lend out to other actors in the space at a high interest rate. The idea behind this sounds good on paper; Genesis has access to people who need bitcoin to trade and will pay a high interest rate to get access to the liquidity and Genesis funnels part of the yield back to Gemini and Earn users so they can increase their bitcoin stack.

One of the biggest lessons of 2022 was what looks good on paper doesn't always materialize as something good in the real world. And in the case of Gemini and Genesis it has turned into something very bad. Hundreds of thousands of people who thought they were increasing their bitcoin stack have come to find out that they may have lost everything they put into Earn. For you math nerds at home, that is a -100% yield. We've come to find that the counterparties Genesis was loaning Gemini users' bitcoin to were taking insane risks that ultimately ended with them getting margin called and bitcoin being transferred to their counterparties. If bitcoin history has taught us anything, it is unlikely that Gemini users will be made whole. Best case scenario is they take a haircut on the funds they deposited in Earn. A damn shame.

With all of that being said, the dust is still in the air waiting to settle, which is what I really want to touch on today. The carnage is not over. Digital Currency Group is one of the biggest players in the "crypto" space and all signs point to this crisis being an existential one for their suite of businesses. Right after the layoffs were made public, it was announced that DCG shuttered its $3.5B wealth management division, HQ Digital.

It seems as if DCG is making every move it can before it has to bend the knee to the predicament it put itself in and close up shop. If this happens one would have to imagine that there will be negative ripple effects that begin to permeate throughout the industry. There are a number of industry players who have significant exposure to DCG's family of companies, particularly Genesis. If Genesis takes DCG down you can expect the carnage to continue and other prominent names to be dragged into the mud.

What's more, there are rumors swirling that the DOJ, SEC and other alphabet soup agencies here in the US are using their access to SBF and the FTX team during their trial to get them to spill the beans on the interconnected rot in the "crypto" industry. I find it hard to believe that SBF and his gaggle of gremlins have the intestinal fortitude to turn down some leniency on potential life sentences by not pulling out the can opener, rip of the lid, and toss the beans all over the table in the interrogation room. If these rumors are true and the beans do get spilled, you can expect a number of "prominent" VC firms and lenders to get absolutely exposed and attacked by the authorities. The carnage is not over.

What does this mean for bitcoin and bitcoin-focused companies? Who knows what it means for the short to medium-term price prospects of bitcoin. It seems that everyone who had bitcoin has already been liquidated or sold their hoards to cover liabilities. I find it hard to believe that there is a massive amount of bitcoin sitting in these companies available to sell. I could be wrong, but that's my hunch. If anything, the price could fall a bit more purely on the market sentiment that will come with the carnage in "crypto" continuing. Whether you like it or not, the general public still isn't able to distinguish that bitcoin is the signal and "crypto" is noise. They will associate "crypto" blowups with bitcoin.

However, from my perspective many of the most respectable bitcoin-only companies that exist out there are relatively inoculated from the madness. Their largest pain points are emanating from the association with "crypto" which is slowing growth a bit. But even with that being said, there are many bitcoin-only companies that have benefited massively from the carnage. The people with bitcoin who get it and are sticking around are moving their bitcoin off crypto exchanges and into self custody via hardware wallets or collaborative custody partners who leverage multisig to bring transparency to users. They are also shutting down their shitcoin casino accounts in favor of focused bitcoin-only companies. There is a lot of signal in this trend that I think will set the stage for the theme of the next market cycle.

When the dust settles those who decided to take the tactical approach of being focused on bitcoin-only, took manageable risk and provide actual utility to users will be cemented as the blue chip companies in bitcoin and begin to outshine the "leaders" in "crypto". When this theme arises, many will claim this was obvious but it has been a very contrarian belief in this space for many years. The siren calls of shitcoins and yield were the marshmallow test of the first 14 years of bitcoin. Easy, fast money sold using narratives of paradigm shifting tech innovation will prove to be nothing more than giant affinity scams. For those of you out there who ate the marshmallow, I hope you enjoyed your quick and easy profits (if you locked them in). They have come at the expense of your reputations.

At some point, the carnage will be in the rear view mirror and those who sought the easy and fast money at the expense of an unwitting retail class will be looked at as pariahs that entrepreneurs and men and women of integrity do not want to be associated with. They were unable to stay humble, got outright greedy, ate the marshmallow, and will have to live with the consequences. And those who showed high degrees of integrity, vision, patience and determination by dedicating their focus to building out products for bitcoiners that provide actual value and utility will be rewarded handsomely.

Jesse Meyers explains why bitcoin is the fastest horse in the game. Subscribe to the TFTC Clips channel to get high-signal-bite-sized pieces of content.

I have returned to my own bed and I couldn't be more excited to fall asleep tonight. 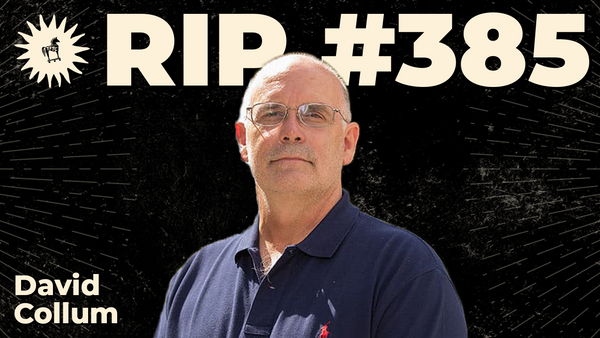 This is Dave's fifth appearance on TFTC and this rip is no different than the four that came before it. 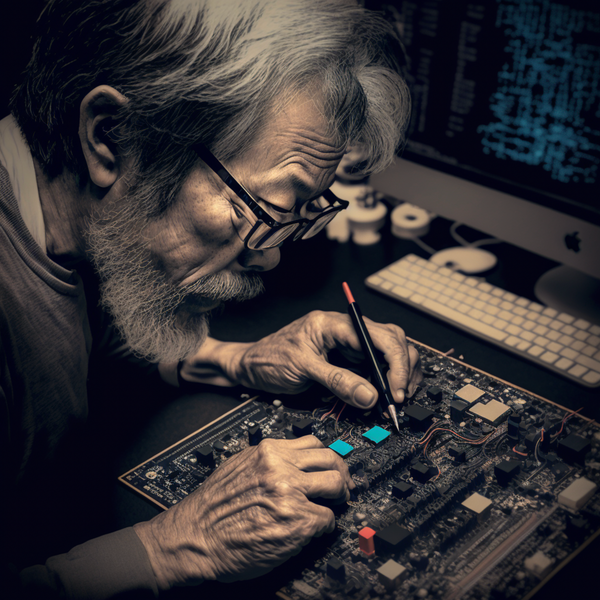 Bitcoin is beautiful. Most don't realize this yet.