Wow. What a year.

I've spent the last week reflecting on the chaotic nature of the last 364 days. If I had to put a short label on 2022 it would be, "2022: the year of unraveling scams." And this label is not a bitcoin or crypto-specific label. Of course some of the largest scams that unraveled happened in the world of crypto and bitcoin, but the carpet pulling spared no one. Whether you were building leveraged ponzis on crypto protocols or cheerleading the "green transition" the tide went out abruptly and exposed everyone.

The combination of war breaking out between Russia and Ukraine (and NATO by proxy), the Federal Reserve embarking on an aggressive interest rate hike campaign, and governments across the world increasing their censorious tendencies has forced the world to deal with three fundamental laws of economics; 1.) energy is a vital component to the quality of life we are afforded today, 2.) artificially low interest rates lead to massive misallocations of capital that lead to ruin when the the tide turns, and 3.) centralized control of monetary and payments systems restricts human freedom. As we sit here and look back on the carnage that has been wrought this year it's hard not to instinctively wince and turn away, but upon some reflection I think that we'll find that this year will serve as a very necessary cleansing event that wiped out a number of bad ideas and worse actors.

The year started with Russia invading Ukraine, which set off a geopolitical shitstorm that is still raging today. Russia's invasion incited a heavy handed reaction from the West in the forms of sanctions on Russia's economy and a seizure of Russian reserve assets held outside of their borders. The sanctions were levvied in an attempt to cripple Russia economically by preventing ally nations from interacting with it. However, if we take a look at the scoreboard it is pretty clear that the sanctions backfired significantly and thrust Europe into an existential energy crisis. This brought forth the first scam unraveling of the year; the "green energy transition".

For two decades countries in Europe have been beating the anti-fossil fuel drums and decommissioning reliable coal, natural gas and nuclear power plants while spending tens of billions of dollars on the construction of wind and solar farms to replace that energy. When the West sanctioned Russia earlier this year Europe found out the hard way that the "green energy transition" is not a wise decision as they were quickly cut off from the Russian natural gas that was the lifeblood of their economy. Energy prices across the region exploded as economic reality set in. Governments were begging European citizens to limit their energy usage as much as possible. And players in heavy industrial markets either shut down completely or announced their intent to leave the region so they could run their businesses profitably in parts of the world with more managable energy prices. At the end of the day, energy is life and cheap abundant energy is a vital part of our modern society. Wind and solar do not provide cheap abundant energy and they will never be able to because of their unreliable nature. There are signs that governments are beginning to wake up to this reality by changing their tune around nuclear energy specifically. This will be a very important trend to keep an eye on as we move into 2023.

Around the same time Russia was invading Ukraine our friends to the north in Canada were protesting for their God given right to bodily autonomy in response to COVID-19 vaccine mandates instituted by Fidel Castro's son Justin Trudeau and his administration. It was a beautiful sight to see. The Common Man in Canada stood up, got in his truck, and made his voice and his horn heard at the country's capital. The aspiring despot who currently serves as the country's Prime Minister did not like his subjects voicing their displeasure. In reaction to truckers setting up camp on his front lawn Trudeau decided to use the financial system as a weapon by freezing the bank and crypto exchange accounts of organizers and those who donated to the cause. It didn't take long for Justin to reverse course and unfreeze accounts. The reversal was most likely driven by the fact that wealthy Canadians who saw the censorious move from their Prime Minister quickly began to move their wealth out of the Canadian banking system in droves. The reversal from Trudeau was too little too late. The reputational damage to the Canadian banking and financial system had been done. Justin laid bare the scam that is enabled by centralized control of individuals' money; it can be frozen on a whim. With that one action, millions of people were made aware of the fact that "their money" isn't really theirs if it's parked at a bank or another centralized third party like GoFundMe.

Less than a month later Jerome Powell and company at the Federal Reserve began their interest rate hikes in an attempt to curb inflation that started to hit escape velocity toward the end of 2021. The 14-year period of extremely low interest rates that followed the Great Financial Crisis came to an abrupt end and the scam economy that rode the Fed put wave over that period watched the wave of liquidity evaporate from under it. Tech stocks, real estate and bond markets experienced significant declines as the cost of doing business rose materially and Jerome Powell made it clear he doesn't plan on reversing course any time soon. The Fed put scam that many financial analysts and capital allocators had built their careers around unraveled almost immediately and there doesn't seem to be an end to the bleeding in the near future. Lesson learned: it's probably not wise to be dependent on the whims of twelve Fed governors who can change their minds and, therefore, the trajectory of the economy at a moment's notice when allocating capital. The strategy can work for a period of time, but when the music stops you get absolutely REKT.

When liquidity dries up, people begin to sell their riskiest assets to shore up their balance sheets. This did not bode well for "crypto" this year as it is likely deemed as the riskiest asset class in the world today. It only took two interest rate hikes to bring crypto markets down like the house of cards that they are. Trouble began in May with the blow up of the incredibly obvious Ponzi scheme Terra-Luna. Terra's blow up dragged down the highly vaunted crypto hedge fund Three Arrows Capital. And 3AC's blow up set off a cascading event that inevitably took out Celsius, Voyager, BlockFi, FTX, and Genesis Trading. Though, it is important to note that these blowups weren't the product of one bad apple, Terra-Luna. All of these operations were egregiously mishandling user and investor funds. The crux of the problem these firms ran into was three-fold; lending out users' bitcoin while promising "yield", outright theft of their users' funds, and speculating on extremely illiquid shitcoins. The scam of centralized third parties and shitcoins has never been clearer than it is at the end of 2022. Under a bitcoin standard, which comes with no lender of last resort, it is not safe to entrust your bitcoin with trusted third parties. If proper safe guards aren't put in place, like collaborative custody via a multisig quorum that enables a user to hold a key, these custodians have an incredible knack for losing your hard earned bitcoin.

These are but a few of the scams I decided to opine on today. We could have dove into the state of the bitcoin mining industry and what brought it to its knees, the Twitter Files, the Omnibus Bill that just got signed into law, the election process here in the US, and a number of other clown world themes, but there is not enough time in the day.

A lot of hard lessons were learned by people across the world in 2022. The silver lining of these hard lessons is that they are just that, lessons. I won't sit here and pretend to believe that everyone who experienced collateral hardships from the events of this year have woken up and begun to rearchitect their lives accordingly, but I don't think it's too far fetched to beleive the number of people who are beginning to change their lives in a way that makes them more sovereign and inocculated from the ills wrought by the scams described above has increased materially this year. As we head into 2023 it is important that people do not get complacent and move to innoculate themselves as quickly as possible. We will strive to help everyone who reads this rag or listens to our podcasts along their journey to the best of our abilities. That is our promise to you.

Thank you all for reading and supporting the rag and the podcasts. None of this would be possible without you freaks. I am forever grateful for your financial support, words of encouragement and for sharing the content with your family, friends and colleagues. Here's to 2023 being our best year yet!

Jesse Meyers explains why being an indepentdent thinker is the only way to win. Subscribe to the TFTC Clips channel to get high-signal-bite-sized pieces of content.

Sort of missing my bed. 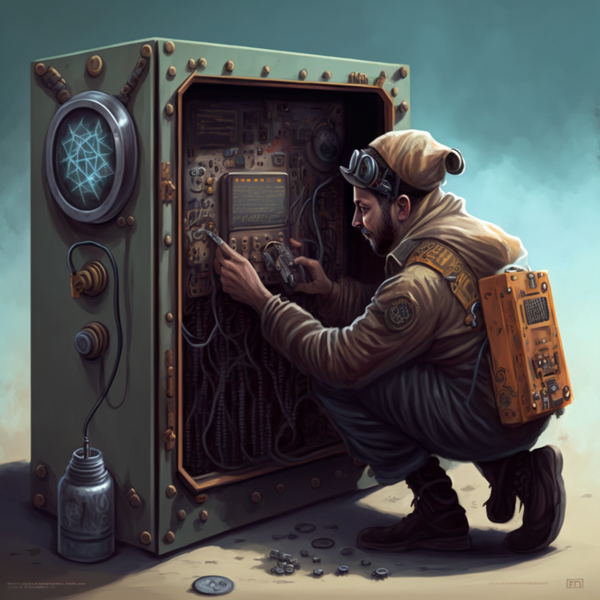 There are simple ways to have an extremely high degree of security with your set up and they are getting simpler every year. 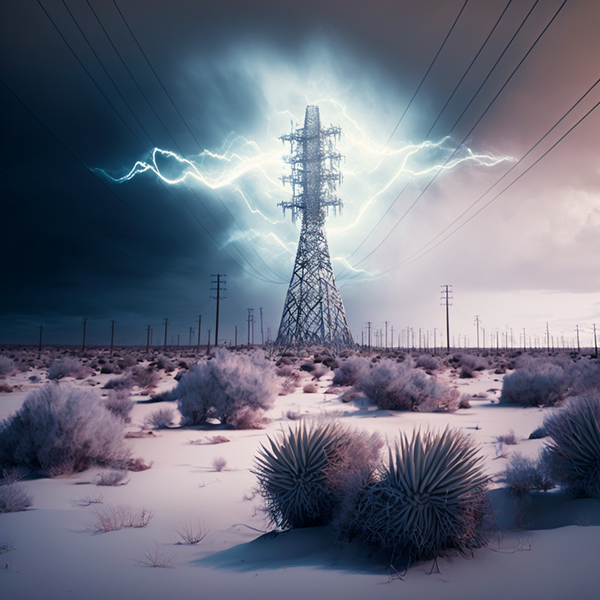