What do Michelle Obama, Pakistani gender studies teachers, and Omani construction workers have in common? They are all slated to benefit financially from the $1.7 trillion omnibus spending bill that just touched down on Capitol Hill.

It's that time of year again, freaks! Not the time of year when people decorate their Christmas trees and begin to check out of work until the New Year. I'm talking about the time of year when the ghouls in Washington DC gather to concoct a plan to waste as much taxpayer money as possible via egregiously unnecessary and downright insulting initiatives that do nothing but siphon hard earned money away from productive people and toward unproductive parasites. If you're interested in diving into the meat of the spending bill Representative Dan Bishop from North Carolina has a detailed thread that highlights some of the insanity included in the 4,000+ page bill.

TRIGGER WARNING: MAY CAUSE BLOOD PRESSURE TO RISE

A couple hundred million here, a hundred billion there, $11.33 billion to the FBI, and absolutely nothing going toward things that will actually benefit Americans.

It's funny that this bill dropped on the same day that Lee Fang dropped the 8th edition of the Twitter Files which revealed that the US military-industrial complex was running propaganda campaigns to control narratives at home and abroad.

This is where your tax dollars are going, freaks. Funding psychopaths who are actively harming you 1,000 different ways. Whether it be destructive energy policy, undermining the concept of the family, gaslighting you into believing the Hunter Biden laptop was a Russian hoax, pissing off strangers abroad, naming a building after the country's drunk day trading Aunt Nancy Pelosi, psuedoscience that tries to convince your children that there is more than two genders, or surviellance tech meant to enslave you - the Federal Government is there extorting you using the threat of physical violence to make sure you pay your tithe to the masters of the clown world.

They don't even try to hide it anymore. It's almost as if this bill was written as a dark comedy that aims to humiliate the Common Man as he dutifully hands over a significant portion of the little money he has been able to earn to fund things that actively harm his well being. These people and their co-conspirators despise you. They view you as some helpless mouse they can bat between their paws for pleasure.

Want to get a better understanding of the problems bitcoin protocol developers are solving? Watch this podcast. Subscribe to the TFTC Clips channel to get high-signal-bite-sized pieces of content. 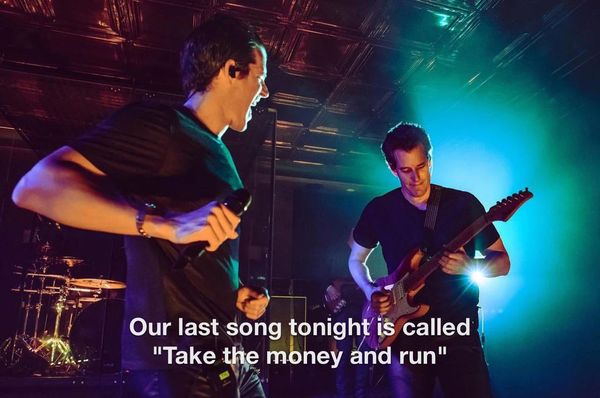