Nothing makes your Uncle Marty more infuriated than a psychopathic politician uttering pure propaganda from the comfort of an undeserved soapbox. Today's instance of psychotic propaganda comes from Rishi Sunak, the WEF handpicked successor to Liz Truss, who gave a speech last year at COP26 to opine on how the world is going to meet its lofty "net-zero carbon" goals. While this speech is over a year old, I think it's important to highlight the insanity of the unproductive (really, counterproductive) class.

At the time Sunak was the Chancellor of the Exchequer of the UK, which is a position that put him at the helm of the country's finances and economy, and therefore the person to speak on "behalf" of the UK in regards to how they plan to prepare for a "net-zero future" from a financing perspective. If you take the time to listen to the speech I hope that astonishment washes over you by the end. Over the span of five minutes and thirty-seven seconds Rishi Sunak paints a picture of a dystopian future granularly controlled by the unproductive class. Sunak's politician-speak - the type of measured, perfectly cadenced, and perfectly annunciated speak - lulls viewers into a state of relative calm. To the uninitiated, one might believe that this man is really trying to save the world. However, if you turn your ears a bit and squint you may be able to see through the well manicured public speaking and find that what Rishi is saying is completely bereft of anything that will actually lead to an increase in the well-being of humanity and is instead littered with econimic illiteracy and a massive power grab.

Right off the bat, the automaton disguised as a head of state goes full mask off when he says, "The good news is that the will is there. At least 80% of the global economy has committed to net zero or carbon neutrality goals." As I explained in the tweet above, the global economy is made up of individuals who have individual preferences and make personal decisions based on those preferences. I find it very hard to believe that 80% of the individuals who make up the global economy, 6.4 BILLION people, have each come to the conclusion that they need to do everything in their power to collectively change in a way that would lead to a global economy that achieves a "net-zero carbon" output. In reality, an overwhelming majority of the people who make up "80% of the global economy" are too busy worrying about getting by in their day-to-day lives that they don't even think about the concept of "net-zero" let alone how they're going to change their actions to attain it.

What Rishi is really saying is that 80% of the unproductive class represented by world "leaders" like himself and their unelected friends at the World Economic Forum, central banks, big commercial banks, and asset managers of the world have decided to try to force their "net-zero" agenda on the rest of the world. Using fear tactics and pure propaganda in an attempt to convince the world that it is the right thing to do. But when it comes to the things the individuals who make up the economy actually care about, rearchitecting how everyone lives their lives in an attempt to avoid "cataclysmic climate change" is nowhere close to being a serious issue. In fact, only 4% of Americans think it is "the most important issue facing the country today".

If you scour the poll above you will find that the most important issues today, at least in the eyes of your everyday American, are the rising cost of living - driven partly by poor energy policy enacted to achieve "net-zero" goals - and poor leadership from the people who wrote those policies. The "existential threat" of climate change supposedly driven by carbon emissions is nothing more than an afterthought to most people.

Rishi Sunak and his counterparts like Joe Biden, John Kerry and other disgracful American politicians who make up a part of the unproductive class would love you to believe otherwise. Actually, they probably don't even care whether you believe their bullshit or not. They just need to front run their Orwellian power grab with some feckless feigning over the fate of humanity as a marketing ploy to make it seem somewhat palatable. They need to attempt to justify the hundreds of billions of dollars of taxpayer money they plan to spend over the course of the next few decades in some way and catering to feelz is a great way to do that. Who doesn't want to save the world?!

Which brings me to my final point. If you listen to the clip, it is absolutely astounding how much money the unproductive plans to spend to absolutely destroy the quality of life on this planet. Sunak flippantly through out many different dollar amounts in a 338-second speech. Tens of billions of dollars here. Hundreds of billions of dollars there. ONE HUNDRED AND THIRTY TRILLION DOLLARS from the private sector will be dedicated to the decimation of the standard of living on this planet. It is absolutely insane and it won't stop until more individuals wake up, realize that the unproductive class is actively trying to ruin the lives of the 8 billion people who live on this planet, and fight back by telling these assholes to fuck off.

This is why we bitcoin, freaks. There is no better "Fuck you, I ain't doing this." than deciding to opt-in to a monetary system that they cannot control. They can't print hundreds of billions of bitcoin to follow through with their sadistic plans. Under a Bitcoin Standard they will be forced to bend to the will of the free market. There will be no ability for feelz to drive men to create more money so they can subjugate others. They will have to compete and be productive like the rest of us. And this is the thing they fear the most.

Were we better off in the Middle Ages? Sam Abbassi and I discuss. Subscribe to the TFTC Clips channel to get high-signal-bite-sized pieces of content.

Had a lovely stroll through the Zilker Park Christmas light show with my wife and my oldest tonight. There's something special about the wholesome family activities that come with the holidays. 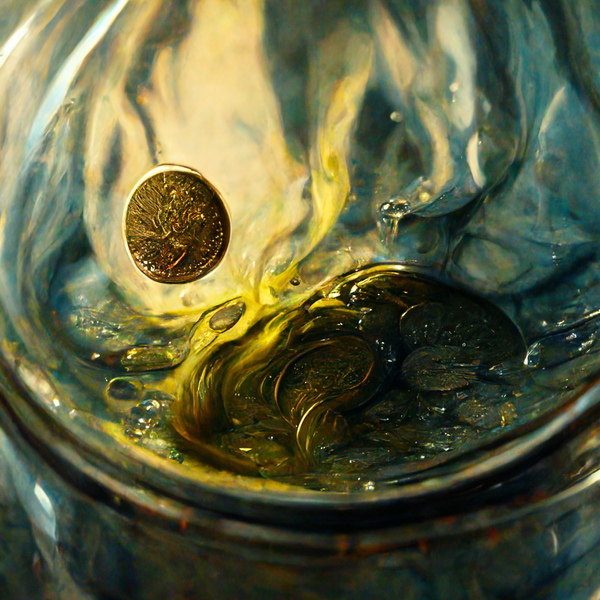 At the end of the day, it only makes sense to settle these types of international trades in an apolitical currency that cannot be controlled by any one party or cabal of parties. 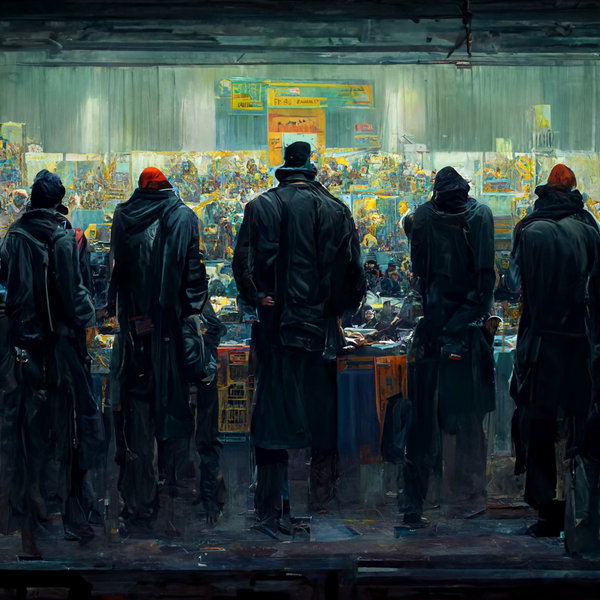 What is driving all of this? Let's take a look.