Don't look now, freaks, but the bitcoin network just experienced its largest downward difficulty adjustment since July 2021  (~28%) when miners moved out of China en masse after the CCP came down on the industry with an iron fist. Tonight's downward adjustment wasn't nearly that large, but still sizable at ~7.3%.

What is driving all of this? Let's take a look.

Since this time last year bitcoin's network hashrate has increased by more than 35% while the price of bitcoin has fallen by more than 65%. You can see this divergence very clearly in the chart above. This has led to a material strain on the profit margins of miners across the world. If you have been paying attention this should not be shocking as the last few months have brought with them a number of stories of bitcoin miners and associated businesses going under or reaching points of extreme stress. Compute North filed for bankruptcy. Core Scientific announced that it is getting very close to bankruptcy and won't be paying electricity bills. Iris announced that it is unable to pay its bills and was forced to unplug a large portion of its mining fleet. To make matters worse, it doesn't seem like the industry is out of the woods yet. There are rumors swirling that the bankruptcies are just beginning. It sounds like more pain is likely on the way.

One may ask, "Why is it taking so long for this to play out?" The answer to that question is; there are many reasons. Some miners financed their operations more conservatively and didn't take on a debt burden that is dragging them under water at the moment, so they are able to get by on smaller profit margins. Many who are laden with burdensome debt obligations are probably white knuckling it toward insolvency. Holding their breath and praying for the bitcoin price to rebound or their competitors to go under first.

Then there is another factor that is not exactly obvious to the layman but is probably having an effect on relatively elevated hashrate levels, which is electricity prepayments. A lot of the power arrangements that miners have here in the US involve miners having to put a prepayment down for the electricity they plan to purchase from a particular power provider. Sometimes if a miner pays more of their expected electricity costs up front they'll get a reduced rate on the power. And since driving that all-in cost of power down as low as possible is the name of the game many miners took power providers up on these deals.

Part of what we could be witnessing is a number of miners nearing insolvency and waiting to chew through the remaining credits they have before ultimately unplugging their machines and closing up shop. If this turns out to be the case you can expect more sizable downward difficulty adjustments in the near to medium-term.

There are a couple of factors that are harder to confirm but may curb the downside difficulty effects of poorly managed businesses here in the West. One is Russians acquiring large amounts of bitcoin mining ASICs and plugging them in to leverage stranded and cheap energy in their heavily sanctioned country, which has been reported in recent weeks. The other is rich individuals in China attempting to move capital out of a country getting squeezed harder and harder by the CCP and using bitcoin mining operations (something they are very familiar with) in other parts of the world as a way to do so.

One thing is certain, it is a very chaotic period in the bitcoin mining industry. But this shouldn't be surprising. Bitcoin mining has historically been extremely volatile and chaotic. Ruthless capitalism is at play, freaks. And it's beautiful.

Learning about bitcoin will change your mind about money. Subscribe to the TFTC Clips channel to get high-signal-bite-sized pieces of content.

The lights are going on the Christmas tree. 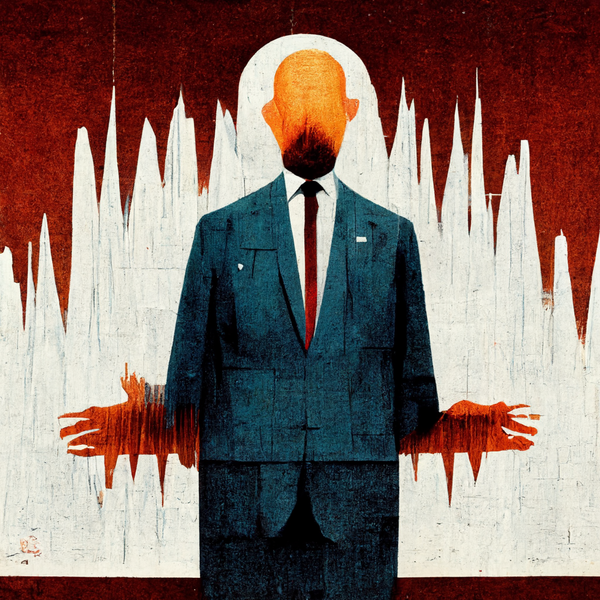 If you take the time to listen to the speech I hope that astonishment washes over you by the end.