The pain in the mining world continues as hashrate continues to skyrocket, difficulty keeps adjusting upwards as a result, and cratering hashprice as the price of bitcoin has remained in a tight range between ~$18,000-$20,000 for more than six weeks. Right after yesterday's upward difficulty adjustment of 3.4% hashprice fell to $0.055 according to Braiins Insights. The lowest level of the ASIC era.

Let's put this into perspective by highlighting the profitability of different ASIC models mining at an all-in electricity cost of $0.06, $0.08, and $0.10kWh.

As you can see, at an all-in cost of $0.06kWh most ASIC models are profitable, though not very profitable at all. If you're running S9s, M21s, or M20s you are currently mining at a loss. Now let's check out how this looks when we bump up the cost of electricity by $0.02kWh.

Four more ASIC models get driven into unprofitable territory with the S19 and M30s+ scraping by with $0.01 and $0.05 of daily profit respectively. Unless you're running Braiins OS+ firmware on the S19, in which case you'd be netting $0.50 per day in profit. [Disclaimer: Braiins is a sponsor of this rag.] The pain is starting to get nauseating. Now let's bump it the all-in cost up to $0.10kWh.

This, freaks, is what we in the business refer to as "an absolute bloodbath". The only miner that is profitable outside of an S19 Pro running Braiins OS+ is the S19 XP, the newest, most efficient and highest hashing model on the market. If you are running any other model you are currently in the process of bleeding money. Not a situation anyone wants to be in.

If I had to guess based on my knowledge of the mining industry and the electricity rates I have come across while interacting with other miners in the space over the course of this year, I would wager that there is a significant amount of hashrate plugged into power sources that are charging $0.07 to $0.10kWh. Miners are either barely getting by or hemorrhaging money at the moment. The pain is real.

Every single miner hosting with Core Sci who isn't running an S19 XP or an S19 Pro with Braiins OS+ firmware is currently mining at a loss. According to its most recent monthly update the company self-mines 13EH/s produced by roughly 130,000 ASICs and hosts 102,000 ASICs producing 9.5EH/s. I think it's safe to say that most of these machines aren't S19 XPs considering they just started deploying that model in July of this year. With that being said, Core Sci's self-hosted miners are probably mining at lower than $0.10kWh considering they own the PPA and are likely mining at cost while charging hosting customers a higher rate to produce a margin for their business. Still, this is not an ideal environment for Core Scientific or any other miner with an all-in electricity cost above $0.06kWh.

This all begs the question, "Why the hell is hashrate still screaming?"

From what I have heard, a lot of projects that have been in development for well over a year just got electrified at the beginning of the month in Texas. These teams spent tens of millions of dollars in infrastructure cost, went through the administrative troubles that come with connecting to ERCOT, and weren't going to reach the finish line and not turn on their ASICs. As it stands today, the mining industry seems to be caught in a game of "who can hold their breath the longest". How long can these market conditions continue without countless miners having to turn off their machines so they stop losing money or, worse, file for bankruptcy.

Compute North was the first domino to fall almost exactly a month ago when they filed for bankruptcy. Your Uncle Marty expects them to be the first of many unless the price rips or some on-grid mega mine has a critical error that turns their machines off. Neither situation is what you want to be banking your business on if you're a bitcoin miner.

The food pyramid is an absolute scam. Subscribe to the TFTC Clips channel to get high-signal-bite-sized pieces of content.

The work load has increased significantly. 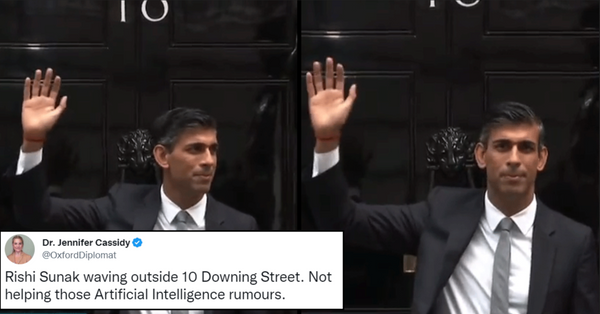 We must rid ourselves of the influence these robotic humanoids have over our everyday lives, separate them from the control levers of money, and go about fixing the world ourselves and leaving them in the dust.