It's been a little over three years and exactly 696 issues since we last talked about Erlay in this rag. Back in September of 2019 we wrote about Pieter Wuille and Gleb Naumenko submitting an official BIP to start the process of getting Erlay merged into the protocol. For those of you who may be unaware of what exactly Erlay is, it is change to the transaction relay protocol at the peer-to-peer layer that full nodes use to communicate and share data about the transactions that have been broadcast to the network. The change would bring material bandwidth efficiency gains to the peer-to-peer layer, which will make it easier for more people to run full nodes. Particularly individuals who are living in areas with subpar Internet connectivity.

Here's a breakdown of the bandwidth efficiency improvements that will come once Erlay is widely adopted by full node operators:

What you're looking at, freaks, is a massive breakthrough in distributed network engineering that will enable bitcoin to become a more robust, reliable and private network. More robust because it enables more individuals to participate in network validation by opening up the potential universe of those who have the ability to run a full node by lowering the barrier to entry on the Internet bandwidth side of things. More reliable by increasing the connectivity between nodes. And more private by making it harder for attackers to identify the node from which a transaction originated.

In the midst of the current bear market when many are either infighting, dunking on bitcoin, or losing interest all together; the protocol is getting closer to a significant peer-to-peer protocol upgrade that most are oblivious to. Slowly but surely, bitcoin's fundamentals continue to dramatically improve while everyone focuses on the noise out there. Personally, this is exactly what I love to see.

We should also note the fact that this no brainer of an upgrade took almost three and half years to materialize from white paper proposal to official Bitcoin Improvement Proposal to support signaling being merged into Bitcoin Core (there is still more to do after this merge). That may seem like an insanely long time to some, but it highlights how seriously those working on the protocol approach changes. Erlay went through years of discussion, reviewing, and testing before getting to the point where nodes can begin to signal their support for the new transaction relay protocol. It's a beautiful thing to see.

Don't let anyone tell you that bitcoiners aren't innovating. Bitcoiners are innovating in the areas most critical to long-term success. The boring areas that aren't flashy enough for the click-bait headlines. A lot of the time you'll find that the least flashy areas are the most important and Erlay is a perfect example of this. Erlay brings a better bitcoin to more people and this is all one should want at the end of the day.

Financial censorship is a route to self-censorship, which erodes free speech. Subscribe to the TFTC Clips channel to get high-signal-bite-sized pieces of content.

Crushed a tomahawk ribeye on the smoker last night. 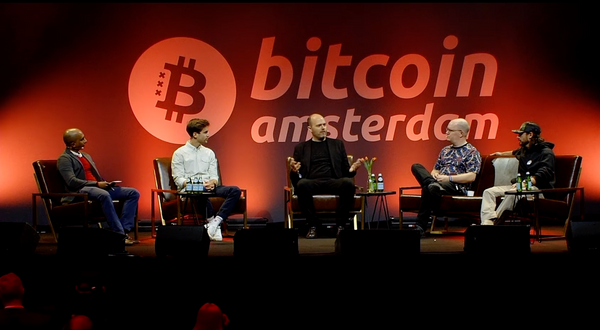