Earlier this evening Candace Owens made the world aware of the fact that Ye West, more commonly known as Kanye West, had his corporate bank account shut down by JP Morgan Chase. This move from JP Morgan is seemingly a reaction to comments Ye made over the weekend on social media. I have to concur with what Candace says in the second tweet above, I do not care what you think about Ye - but I do care about what you think of one of the largest banks in the world abruptly rug pulling his multi-billion dollar company's bank account.

This all comes on the heels of PayPal attempting to implement a $2,500 fine on any users it deems to be exhibiting wrongthink. PayPal was forced to quickly detract their policy and pretend like it was an accident after they felt the wrath of their customer base calling out the insanity of a fintech company attempting to dictate what is and isn't acceptable speech. Zooming out from the particular saga with Ye and what he said, I think it's important to identify the accelerating trend of incumbent companies with insane amounts of entrenchment and influence across the banking and payments sectors attempting to pick and choose who can and cannot receive, hold and send money within their hyper-surveiled systems based on their political or personal beliefs.

Like it or not (I consider you a crazy person if you do not), freedom of speech is a cornerstone of the Republic here in the United States. Actions like the one made by JP Morgan against Ye and those attempted to be made by PayPal before they were forced to save face are an encroachment on freedom of speech. Obviously JP Morgan and PayPal didn't prevent Ye or PayPal customers from speaking their minds. However, moves like this attack free speech in a more insidious fashion, by incentivizing self-censorship by individuals who become afraid to speak their minds because they do not want to be deplatformed and demonetized by the technocratic goliath they have become dependent on to operate throughout the economy on behalf of their businesses and themselves.

This type of control is exactly what the incumbent power structure wants. Trying to eliminate free speech via the political process is an idea that is dead on arival here in the US. For those in power who do not want dissent to metriculate throughout the populace are far more protected from the political backlash that would come with trying to legislate what can and cannot be said if they use gentle nudging via the hyper-government-dependent financial and tech apparatuses that have been errected to achieve their end with different means. The last few years have taught us that this is exactly the playbook the entrenched power structure is running to get what they want. This was made abundantly clear when people who exhibited perceived wrongthink during COVID lockdowns and the ensuing vaccine rollout were deplatformed and demonetized across the web.

Thanks to Alex Berenson suing Twitter after being kicked off the platform we have cold hard evidence that the White House was actively pressuring those in charge of the bird app to kick him off the platform because he was delivering facts that went against the controlled narrative they wanted the public to believe. Again, whether or not you agree with Ye, Berenson, or any of the potential PayPal users who may have said things you do not agree with, you would have to be an absolute moron to not view this trend as a direct assault on freedom of speech. Do you really want the crusty people who are so obviously completely detached from reality who sit at the top of the power structure in this country dictating to you what reality is and isn't?

What has become abundantly clear over the last few years is that the systems that exist today need to be completely abandoned in favor of systems that make it impossible for the crusty demons who told you we needed "two weeks to flatten the curve", "Iraq is harboring weapons of mass destruction", "this vaccine is safe, effective, and will prevent spread", and "crack cocaine is different than powdered cocaine" - among many other falsehoods - to have control over any essential part of speech and the movement of money. In the realm of money - how people hold it, how they receive it, and how they send it - bitcoin is the new system that is being built to prevent the power structure from nudging us into a future built on self-censorship as a means of self-preservation.

If JP Morgan's actions against Ye and PayPal's attempted actions against their userbase signal anything, it is that bitcoin provides an extreme amount of value to a human race in desperate need of a solution to this growing problem. Its value is driven by the utility provided by its distributed peer-to-peer nature and the fact that any individual who is so motivated can take complete control over their money. How they receive it. How they hold it. And how they send it. I hope this message reaches Ye and he thinks seriously about ditching a banking system that has ditched him in favor of a distributed system that will have no idea who he is or what he has said. It only knows whether or not he possesses valid UTXOs and the private keys necessary to move them throughout the timechain.

Texas Slim educates us on how the government controls our food. Subscribe to the TFTC Clips channel to get high-signal-bite-sized pieces of content.

The binary options presented to you are as far away from the truth as possible. 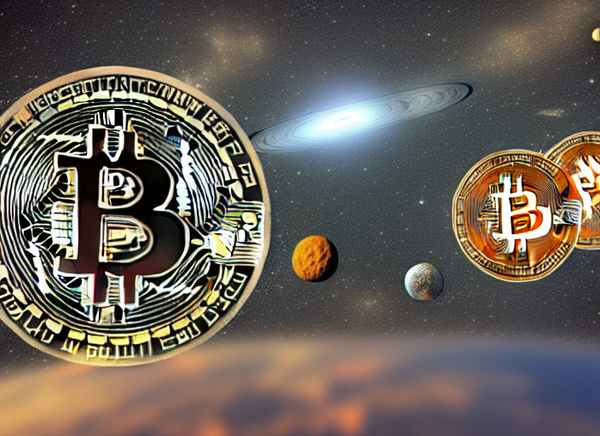 Could the decoupling be upon us? We shall see.