Things are deteriorating at a rapid pace over in Europe. We've been covering it over the last few weeks, but the speed with which things are unraveling deserves some focused attention because the consequences are going to change the trajectory of our world for the next decade and probably longer. Fuel prices are getting so high that energy suppliers are beginning to falter as they cannot afford to acquire the raw materials necessary to produce electricity.

Earlier today markets were made privy to the fact that Wien Energie, the largest energy supplier in Austria, is effectively insolvent and unable to service €1.7B worth of debt without a bailout. It seems like the Austrian government will be stepping in to provide Wien Energie with the funds necessary to keep operating.

Whether or not this bailout is the first of many, a bandaid that will prove to be ineffective, or sufficient to get Wien Energie back on its feet and operating without fear of bankruptcy is yet to be seen. My instincts tell me this is the beginning of an absolute shitshow that will involve countless interventions that only serve to exacerbate the problem. Monetary injections that add liquidity to a market that is in turmoil because the supply side is completely borked. Bidding prices up even higher than they already are. And even worse attempts at price controls, which any two-bit historian could tell you never work.

It's not even September yet and the EU is mulling over price controls on natural gas. This Winter is going to be absolutely insane. As I said in the tweet at the top of this rag, it feels as if we are living through the type of moment that Lenin described, "There are decades where nothing happens; and there are weeks where decades happen." Markets are moving at breakneck speed. Geopolitical chess pieces are being put in place. And most of the world seems completely oblivious to the tectonic shifts at play.

Zoltan Pozar from Credit Suisse put out an in-depth piece on the state of the world and the geopolitical alliances that are forming in the wake of the US Empire and its dollar faltering. I highly recommend you freaks take the time to read it when you get the chance.

The West is in the process of finding out that those who control the physical things are in a better position than those who control the dying monetary order. Fuel, food and factories are better strategic assets than the reserve currency of the world in this geopolitical environment. Leverage is shifting in real time and the West is losing its grip of control. The US and the EU refuse to allow their economies to build out reliable energy infrastructure built on hydrocarbons and nuclear. Regulations on food and energy are reducing the reliability of our food supply. And the offshoring of our manufacturing abroad over the course of the last fifty years has left us with our pants down and very heavily dependent on those who are vying to replace the US as the predominant superpower of the world. Not the best spot to be in.

The US should be working toward creating a North American alliance with Mexico and Canada to begin bringing significant manufacturing capacity back to the continent, liberating energy markets, and making the strategic decision to allow bitcoin to flourish. This would be a hard strategy to attempt to execute on considering all of the idiotic political rhetoric that's been coming from the unproductive class, but it the bold move that should be taken. The leverage would shift back into our favor and moving to bitcoin would be a silver bullet that stops any attempts from China, Russia and others to replace the dollar with a currency they control.

Do we have the balls to make this happen? I fear not, but I am open to being surprised.

Teach son how to move with the waves.

This transition is going to prove to be tumultuous for many around the globe and some are just beginning to realize this. 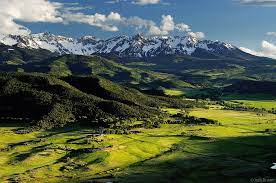 Too many have forgotten how to act without the "leadership" of the unproductive class.