The bitcoin market is in the process of going through a great deleveraging event. The process started last month when the Luna-Terra ponzi blew up spectacularly and was forced to liquidate ~80,000 bitcoin. The process accelerated last week when Celsius, 3 Arrows Capital, and Babel Finance proved to be overextended in exotic high yield token projects that crashed hard and, in the case of Babel, lending to those overextending in these projects.

Each entity's failure bringing with it a wave of bitcoin sell orders that drove the price below $18,000 over the weekend. As of right now, the price of bitcoin has recovered, currently sitting above $20,000, however rumors are swirling that there are many more companies struggling behind the scenes that will bring with them more massive sell orders as these entities seek liquidity to cover their obligations. We shall see if these rumors materialize into truth.

Whether they do or don't, this mass deleveraging is healthy for a few reasons. First, it reduces the amount of interconnected risk throughout the bitcoin market. Second, the epic blow ups (especially Celsius - which lured people into their trap of a company by promising yields on bitcoin that were attained by taking insane risks across DeFi protocols, lending and bitcoin mining) are providing a new wave of early adopters with the hard lesson of trusting your precious sats with centralized third parties who take undue risk with your bitcoin. This lesson has been taught many times throughout the years. Mt. Gox. Mint Pal. Quadriga. Bitconnect. One token. Celsius can now be added to this list. Lastly, the rapid and violent deleveraging is showing that bitcoin is a truly free market. If you take undue risks and those risks come back to bite you in the ass, there is no lender of last resort.

Due to the normalization of playing far out on the risk curve that the fiat system has brought with it, many felt comfortable playing fiat games with their bitcoin. They are coming to find that bitcoin is a cruel mistress and if you don't treat her right by holding and securing your own keys you will be wiped out with the tide when the seas get turbulent. Overtime, as more people learn this lesson, the market should self correct and individuals should opt for products that allow them to have control of a key or keys within a quorum when interacting with third parties if they decide to engage with them in the first place. Bitcoin is a perfectly scarce asset that should increase in purchasing power over longer timeframes, so picking up pennies to potentially lose fortunes will become more obviously stupid as time moves forward.

The price drop is definitely a bit jarring, but it's nothing new. Simply par for the course of a perfectly scarce asset going through its early monetization phase during which we humans attempt to understand the dynamics of the network and how we will interact with it.

Now here's where things get interesting. Bitcoin is having a massive cleansing event at a time when it is becoming abundantly clear that the fiat monetary system is about to be absolutely steamrolled by the compounding errors that have been made by policy makers across the world over the course of decades. It truly does feel like "this is the big one". Central bankers across the world seem increasingly worried and, more importantly, their recent policy changes are seeming to be wholly ineffective. The Fed's rate hikes may actually be making inflation prospects worse as a rapidly increasing federal funds rate leads to significant increases in the cost of capital, which is only making it harder for energy companies to invest in the infrastructure needed to begin quelling the supply side issue that is causing prices to skyrocket.

As we said last week, the Fed failing to tame inflation after making some of the most aggressive rate increases in the last thirty years could lead to a collapse in confidence that could release the hyperinflation hounds. In that same rag from last week we warned about the Bank of Japan losing control of its yield curve control efforts. As the calendar has turned and price increases around the world seem less likely to slow down any time soon, the situation in Japan is becoming more dire as the Japanese 10Y Government Bond fails to hold the 0.25% rate the BOJ has been targeting. Japan debt to GDP ratio is so high that it is literally impossible for them to raise rates in conjunction with Western economies. If they did, they would bankrupt the country in the process. So instead of overt default, it seems that Japan is choosing the route of hyperinflation as they will be forced to print unimaginable amounts of yen to try to control rates.

Like we said last week, if the Bank of Japan loses control and hyperinflation breaks out across Japan it will be game over for the rest of the world's developed economies who have pursued similar policies, which includes the Fed, the ECB, the Bank of Canada, the Bank of England, and many others. A Japan-like blow up is the end state of every single central bank who embarked on QE4eva.

With this in mind, your Uncle Marty is envisioning a scenario that could potentially play out over the course of this Summer and into the early Fall that may provide a path to "decoupling" for bitcoin.

There's no way to tell if a significantly de-levered and relatively cheap bitcoin would be the asset that individuals and larger capital allocators turn to as the world goes to shit, finally bringing to fruition the "safe haven" narrative. It's hard to deny that the conditions for a decoupling to actually happen will be riper than they ever have been. Keep an eye out on this as we get closer to October and November.

Don't think I've ever had this many consecutive 100+ degree days in my life. Insanity.

Prepare yourselves, freaks. Things are about to get spicy. 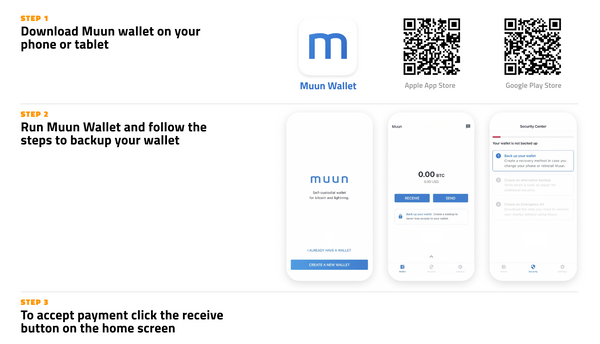