I feel it is imperative that I make this point in today's issue and set the record straight. Core did not "win" anything. Core does not decide what nodes people run, they simply write code for an implementation and people decide to run it because their code works and is safe. On top of this, Core is not an entity, it's a process. There's a big difference. Anyone anywhere can contribute to Core at any point in time, and if their code is good enough to survive peer review and proves beneficial, it will be implemented into the protocol.

While most Core contributors were against the 2x movement, they in no way had power or control over the #No2X movement. This movement, initiated across social media platforms, was led by vigilant sovereign individuals who do not want VC-backed businesses dictating the development of Bitcoin. Companies like Blockchain.info, Coinbase, ShapeShift, BitPay, BitGo, and Xapo do not care about Bitcoin as a public utility, they want to use Bitcoin to make as much money as possible for their investors. They are attempting to wield the Bitcoin protocol in a way that makes their companies most profitable, and, hey, I can't blame them.

At the end of the day though, I don't give a fuck about their business plans and think their attempts to change the protocol using confusion, gas lighting, and outright lies is reprehensible and vile. Bitcoin is a once in Humanity invention that is still in its infancy. Seeing these greedy companies, whose executive suites are filled with alums from legacy finance and big business, attempt to co-opt the development process has made things very obvious to me. There are a bunch of wolves in sheep's clothing pretending to be pro-Bitcoin. At the end of the day, these people are pro-power, pro-coercion, and anti-Bitcoin.

Back to my original point, if you see someone attempting to equate the #No2X movement with Core, #note who said it. This person doesn't get how Bitcoin works. Individuals who don't want their money fucked with led the movement, most of them not developers. While some Core contributors did support the #No2X crew, they had no power over the movement. It comes down to individuals making decisions for themselves. And, as we just witnessed, a vigilant, vocal, and intolerant minority will keep Bitcoin's core principles in tact. Always vigilant. Onward.

We're educating, we're entertaining and we're evolving. Check it out here or here. Share with friends, family, and strangers. Much love.

One time, when I was in 1st grade, I got suspended for mooning the Kindergarten girls at the lunch table next to me. Missed out on the Thanksgiving play. I was devastated, my lines were fire. Price to pay for being a bad ass though.

My bearish thesis on Ethereum revolves around the fact that they shot themselves in the foot by over marketing their platform before figuring out the tech. 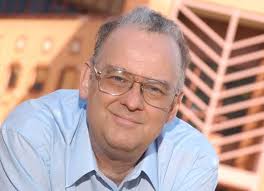 We have an alien technology in our hands and it will take decades to fully understand it.