Here's a great resource for any of you freaks who are curious about learning more about the nuances that go into the privacy mistakes one could make while using the Lightning Network and how they can be and might be mitigated in the future; Lightning Privacy Research. Right now, the topics covered are "Routing Analysis", "Channel CoinJoins", and "Blinded Paths + Trampoline Routing". However, this is a living document that will dive deeper into other areas of importance when it comes to transacting privately via the Lightning Network.

When it comes to routing payments over Lightning there are three ways to get tripped up; routing over channels created using hash timelock contracts (HTLCs), timing analysis that makes it trivial to determine who sent the transaction, and sending transactions over a single path. The solutions to these problems highlighted by the team behind Lightning Privacy Research include transitioning from using HTLCs to point timelock contracts (PTLCs) when opening a channel, instituting relay delays when transactions are being routed between nodes, and making multi-path payments that split payments up and send them across separate routes more common.

When opening a channel on the Lightning network it is important to be cognizant of the history of UTXO(s) you are using to open the channel. If you buy bitcoin on an exchange, send it to a wallet you control, and then use that UTXO to open a Lightning channel it is trivial for the exchange you bought the bitcoin from to know that you have opened a channel on the Lightning network. To avoid this type of surveillance it is important to CoinJoin your UTXOs before opening a channel. CoinJoin'ing after moving bitcoin of an exchange is a good practice generally speaking, but doing so before opening a Lightning channel is important if you want to reap the full privacy benefits that are possible when transacting over Lightning. In their article on the subject the Lightning Privacy Research team explains some of the different ways in which you could CoinJoin before opening a channel. An area that is lacking is the ability to close a Lightning channel and have your UTXO sent straight to a CoinJoin. There is no solution for this problem at the moment, but there are proposals out there that attempt to bring a solution to market.

The last subject covered by the Lightning Privacy Research team is the lack of receiver privacy that currently exist on the Lightning network that exists because the sender can see the entire path their transaction takes en route to paying an invoice. The proposed solutions to this problem are blinded paths and trampoline routing. Blinded routes would allow the reciever of a payment to send someone a route that blinds the endpoint of the transaction, which would make it so the reciever doesn't know exactly what node their payment is ending up at. Trampoline routing would allow users transacting with relatively weak connectivity over Lighting to leverage better connected nodes to construct a route for them that could improve their privacy. On top of this, both solutions can be combined to create even better privacy for those transacting over Lightning.

As with everything, all of these solutions come with tradeoffs which are clearly laid out by the Lightning Privacy Research team. I highly recommend you freaks take some time to check the research project out and grow your know about the privacy shortcomings of the Lightning Network and how they can be and may be resolved in the future. Shoutout to Ben Carman, Tony Giorgio, Paul Miller and Max Hillebrand for putting together this research and to the Wasabi team for funding it.

John Constable explains how the European energy crisis is going to create negative ripple effects throughout the global economy. Subscribe to the TFTC Clips channel to get high-signal-bite-sized pieces of content. 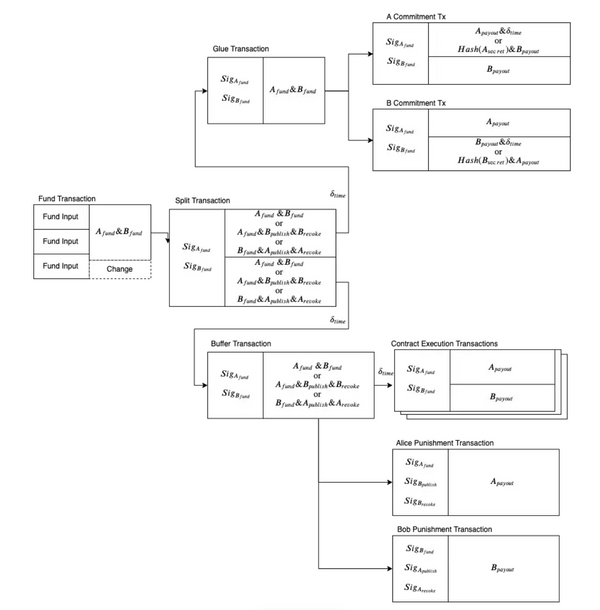 This is a massive step in the right direction.