Thought of the week from Marty Bent:
The powers that be are beginning to clamp down on capital. Make sure you have bitcoin before you need it.


Thought of the week from Matt Odell:
It is easy to discount the pace of progress in bitcoin but this year has been insane. Grateful to be a part of this with all of you. Bitcoiners aren’t priced in. 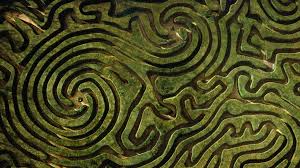 Do you really have control? Or are you passively wandering through a labyrinth designed to make you act in certain ways?