Oh boy. It's only been three-days since Friday's rag about owning the narrative and your Uncle Marty is forced to lament about the "Bitcoin Mining Council", which was apparently formed over the weekend when Michael Saylor set up a Zoom call with Elon Musk and a few North American miners and investment funds. It seems that the impetus for the forming of this "council" was the opining of Musk, someone whose companies benefit greatly from the carbon credit accounting scam, over the energy mix of the bitcoin mining industry.

A lot to unpack here.

First, it's a bit concerning that this group of people felt compelled to appease Elon Musk after a deranged tweet storm that proved without a shadow of a doubt that he does not understand Bitcoin and its Proof of Work consensus mechanism. The rush to gain his approval is a bit nauseating. Especially after he came out earlier this afternoon to assure the world that he is keeping the North American bitcoin mining industry in check by forcing them to kowtow to the renewable energy hysterics. Inflating one of the biggest egos in the world by making him believe he has the ability to dictate how an industry built around an open source distributed system should act.

Second, it's extremely concerning that this group of bitcoiners wandered into this "meeting" without any sense of self-awareness. Do they not recall the last time there was a closed door meeting that involved stakeholders who attempted to speak on behalf of an entire industry? How did they think this would turn out? The hubris is astounding.

"But Marty, you're being dramatic and blowing this out of proportion. This is not SegWit, we're talking about miners freely disclosing their energy mix. There's nothing that changes Bitcoin in any way."

Well, words matter and this "council" seems keen on attempting to compel other members of the mining industry to act in certain ways.

"They committed to publish current & planned renewable usage & to ask miners WW (world wide) to do so."

This sentence may seem innocuous at face value, but it sets the stage for social pressure that will lead to regulatory pressure that will lead to the subsidizing of certain energy mixes over others, which will inevitably lead to a massive misallocation of capital throughout the mining industry and potentially end in a scenario where this council attempts to bifurcate the network by selling "green" bitcoins at a premium over "dirty fossil fuel" bitcoins.

Even worse, Marathon Patent group is a part of this "council". For those of you who may not remember or even be aware, Marathon is a company that is actively attempting to bifurcate the bitcoin network in a different way, via creating an "OFAC-compliant" mining pool.

Right now this "council" may be a group of individual industry insiders pushing to force the rest of the industry to use unreliable renewables, but it isn't hard to see how down the road this "council" adds things to their mandate of "pressuring the industry" to include pointing hash at OFAC-compliant pools. This innocuous "council" announcement is really the first step of regulatory capture of the Bitcoin network.

As bitcoiners we should be hyper-vigilant about these type of attacks that start off as what seems to be a benign virtue signal. It can metastasize into a catastrophic cascading capture that renders Bitcoin useless when compared to the fiat currencies of today because it is no different.

I said it on Friday, but I will repeat it until I am blue in the face, this move - which is a move within the broader ESG scam that is currently sweeping the nation - has absolutely nothing to do with green energy or climate. It has everything to do with CONTROL. If the Musks or Saylors of the world actually cared about energy use they would be loudly celebrating the Bitcoin mining industry due to the fact that it has the HIGHEST PENETRATION OF RENEWABLES AS AN ENERGY SOURCE OF ANY INDUSTRY ON THE PLANET.

Ironically, the data above has been provided to the world by... miners self-reporting their energy mix to an academic study. The "council" is attempting to solve a problem that doesn't even exist and promising to do things that are already done. It is hard to believe they aren't attempting to solve anything except their inability to create a regulatory moat within the mining industry to date. No better way to do that than to inject the carbon credit scam into the conversation and shame miners who do not fall in line.

This "council" is an example of how NOT to own the framing, but instead fall prey to a faulty framing built on falsehoods put forth by a class of people who refuse to engage in genuine discussion and instead resort to forcing others to bend to their worldview. No matter how much bullshit it is built on. This is not the winning mindset necessary to defeat the hysterics and hypocrites, of which Elon Musk is the biggest.

Bitcoin is good. It consumes a lot of energy. This is okay. The illogical moralization of electricity use is anti-human and anti-capitalistic.

The ESG movement is nothing more than an empty virtue signal that enables a mass misallocation of capital that favors virtue signalers who masquerade tradeoffs like the use of mass amounts of coal and slave labor to produce solar panels and wind turbines.

Do not give these hysterical hypocrites a fucking inch.

My chicken stew is cold. 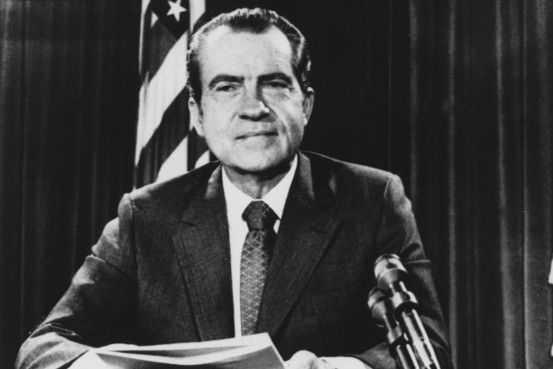 It's only going to heat up from here, freaks.