As I said yesterday, we're in the middle of a war. Bitcoin severely threatens the ability of the state and other extremist Communist groups to control individuals and these groups have much to lose if Bitcoin adoption becomes pervasive throughout the world. Anyone who has a lot to lose will lash out and attack the entity that is causing the loss. Those who stand to lose from Bitcoin's success are turning up the heat against the network. They are not (yet) resorting to physical attacks on the network, but narrative attacks that attempt to paint Bitcoin as a useless waste.

As bitcoiners, it is imperative that we be very meticulous with how we engage these attacks. Most importantly, we must own the framing of the conversation around bitcoin and reject the urge to debate within the framing put forth by those attacking Bitcoin. The moment you begin debating within the framework a group of kleptocratic hysterics have put in front of you is the moment you lose the debate. That is because there is no winning a debate within the framework they put forth. These types will never relent and no rebuttal, no matter how strong, will ever be sufficient enough to change the minds of a group of individuals who view Bitcoin as a threat due to the fact that it cannot be controlled.

Instead of debating within their framing, bitcoiners should be holding a mirror up to these hysterics and put forth a framing of our own.

"Bitcoin is bad for the environment because it uses too much electricity! We're in the midst of a cLiMaTe EmErGeNcY!"

No. Instead, lean into the fact that "green energy" and "carbon credits" are nothing more than a scam that bury tradeoffs and do nothing to reduce fossil fuel consumption.

No. Raise a mirror in front of Neel "The Fed Can Print Infinite Cash" Kashkari and highlight the acidic nature the Federal Reserve has on society and the fact that it was founded by a cabal of private bankers who plotted on a private island in secrecy and pushed the Federal Reserve Act through Congress on Christmas Eve 1913 while most Senators were home for the holidays.

DO NOT LET THESE ANTI-HUMAN, ANTI-CAPITALIST ZEALOTS OWN THE FRAMING. Reject their framing and create your own.

Those who come at Bitcoin for its "environmental effects" don't really care about the environment. They care about control. This is evidenced by the fact that these "environmentalists" are pushing to decommission nuclear power plants across the country.

Those who come at Bitcoin for being a "useless money" don't really care about the utility of monies. They care about control over the money. This is evidenced by the fact that the Fed has debased the value of the dollar by 99% over the course of 108 years. As we've discussed many times before, the "Bitcoin is useless" crowd also speaks from a position of privilege and they are actively discounting the fact that bitcoin is used as a currency every day by people around the world who desperately need the utility of the peer-to-peer network and the scarce digital money it facilitates.

It's only going to heat up from here, freaks. Prepare yourselves and reject their framing. Failure is not an option at this point lest we want humanity thrust into a digital panopticon.

As bitcoiners we should be hyper-vigilant about these type of attacks that start off as what seems to be a benign virtue signal. 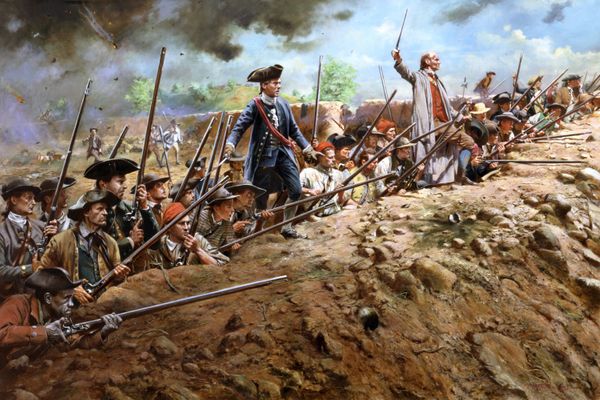 My message to this particular freak and any of you who may be having similar thoughts is simple, the overall health of the "Bitcoin market" is better than it has ever been.