Very good friend of the rag and the pod Alex Gladstein dropped a piece for Bitcoin Magazine earlier today that I highly recommend you freaks check out and share widely. In it, he details how bitcoin is being used in Nigeria, Sudan and Ethiopia as described by a native of each country that he had the ability to interview.

There are many Bitcoin detractors in the mainstream that deride the network with very weak arguments that stem from a position of privilege.

"It's a speculative mania."

"It has no utility."

These are but a few of the weak tropes thrown at bitcoiners. In his piece, Alex does an incredible job of highlighting just how ignorant these proclamations are by telling the stories of individuals in war torn countries with terrible currencies who get a lot of utility from the Bitcoin network. Despite what many old, rich, out of touch Western elites screech about, there are an untold number of people around the world using bitcoin every day because they desperately need it to escape the clutches of the despotic regimes they live under and the inflationary currencies they have been forced to use.

We are lucky to have Alex doing incredible work to get these stories out there. Peep it and share it wide.

We've made a lot of progress, but we have much more to do.

Here's a very illuminating survey that NYDIG released yesterday. The data they collected suggests that more than FORTY SIX MILLION Americans currently own bitcoin. As of this writing, the back of the napkin math concludes that this is more than 14% of the population. This number exceeds your Uncle Marty's expectations and is extremely promising to see. The more American citizens who own bitcoin, the harder it is for the government to shut it down. However, the government could still do a lot to neuter the protocol and its users, especially if individuals opt to allow centralized and regulated third parties to custody their sats.

Which leads to the illuminating part of this survey; according to NYDIG a vast majority of individuals who hold bitcoin would be perfectly comfortable with their banks storing their bitcoin on their behalf. Maybe these numbers shouldn't be so shocking to me considering the lack of individual initiative and accountability that is often highlighted in this rag, but they were a bit of a jaw dropper for ya boy. That is way too many people who are willing to forgo the ability to realize bitcoin's full potential by taking self custody to ensure they have access to their sats when they need access to their sats. If 80% of bitcoin holders opt to hold their sats in banks, that leaves a lot of individuals vulnerable to an attack from the state that forces banks to hand over sats or prevent individuals from using them as they see fit.

Moving forward, it is imperative that we ensure new bitcoiners realize the power of the digital bearer instrument they are acquiring. The ability to preserve one's wealth in a digital instrument that they can custody themselves is an extremely powerful ability and it would be a great shame if people didn't take advantage of this ability. Educational efforts to ensure that new bitcoiners understand how and why they can and should hold their own keys will be imperative moving forward, as they have always been up to this point. As more and more banks enable their customers to we need to make sure new users don't get lulled into a false sense of security while also making them aware of best practices and the risks that come with self custody.

Huge shoutout to NYDIG for conducting this survey and sharing this data. It provides some great insight into how many bitcoin users view the options that lie before them.

I wrote this Bent twice because of a ghost Mailchimp sign out I wasn't aware of. Very frustrating.

Interoperability of different wallet software will be imperative for mass adoption. 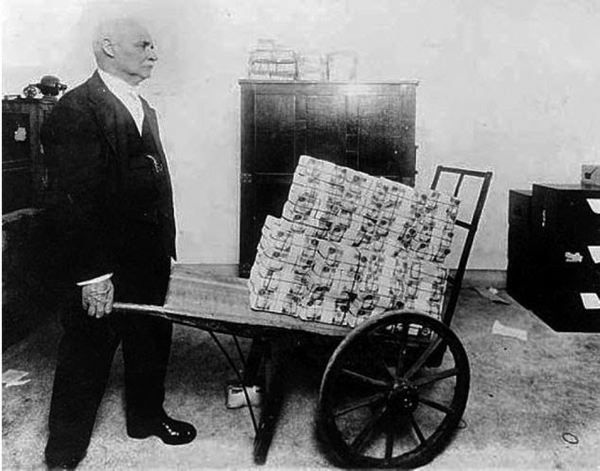 Hold on to your butts, freaks.