A couple of weeks ago we touched on creeping inflation and shrinkflation as the American economy attempts to get back to normal. Today, I'd like to touch on a few things that have hopped across my radar since then that make me believe we are getting very close to the "suddenly" part of the "gradually, then suddenly" currency debasement.

First and foremost, the gasoline shortage that many in the US are facing at the moment.

Yesterday we touched on the Colonial Pipeline ransomware attack and how it may lead to an attack on bitcoin. However, today we'll focus on the economic impact of the attack, a gas shortage throughout the Southeast and Northeast sections of the country. The fact that there are empty gas stations across the country right now is not a good sign. Even if the cause for the shortages is the shut down of a pipeline system due to a ransomware attack, individuals living in what is supposed to be the best country on the planet expect critical infrastructure to work. Once the masses see a massive chink in the armor like the one they are looking at right now, confidence in the government and its ability to actually do things begins to wane.

And as we've said time and time again in this rag, the debasement of a currency is two-fold; dilution via printing and the collapse of confidence in the issuer and its ability to maintain stability of the currency and society at large. The last 14-months have led to both being turned up to 11. And, what's more, the escalation has been maintained by both parties.

Another thing that should cause you freaks pause is the fact that there are millions of job openings that aren't being filled because workers are making more money staying home and getting unemployment checks than they were before the lockdowns began.

Yes most of the individuals deciding to forgo employment and collect unemployment checks work service industry jobs mainly, this market distortion can lead to more supply chain problems. At some point, the number of Chipotles and other fast food restaurants that are closed hits a point that it starts to materially affect suppliers as they begin to be feel the pain on their bottom lines as they lose customers. The ripple effects could be material and there is no way those jobs could be automated in quick order.

In the meantime, the Biden administration and the Federal Reserve seem very keen on keeping their stimulus efforts moving full steam ahead. Even looking to add an aggressive infrastructure bill into the mix. The trend of individuals deciding to stay home and suck the government teat for all the cuck bucks they can muster does not seem like it will be ending in the short-term.

The combination of these factors - the gas shortages (which may go on for weeks) and a large part of the labor force that doesn't want to work because the government is paying them more - creates a window of opportunity for the combination of printing and a collapse in confidence to push the dollar over the cliff.

When you factor in other variables, like the fact that Russia and others are beginning to turn away from the dollar as a settlement currency and there is a speculative mania making any tween and TikTok star who throws some cash at stocks or "crypto" extremely paper rich, it is hard not to believe we are barreling down the path toward hyperinflation. Especially when the expert class and those in positions of political power believe they have and can maintain control.

Wait until the whole East coast cannot fill their cars up with gas for a few weeks. Public opinion of our political class, which is already at historical lows, will crater REAL QUICK. At which point, every lever they have control over will be brought into question. Especially the lever that controls the money. We're beginning to hear faint boos coming from the crowd as grocery bills have steadily climbed over the last year. Those faint boos will turn into angry roars as a fuel crisis inserts aggressive upward price pressure due to the fact that nothing can get delivered.

Hold on to your butts, freaks. And don't let the feckless political class attempt to squirm its way out of this complete and utter failure of societal management. Even more important, don't give in to their inevitable attempts to exploit these crises to take away even more of your civil liberties.

I need to fill up my car. 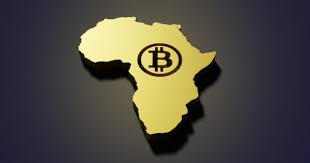 Bitcoin is providing utility to many individuals in Africa.

Seems like a good way to put Bitcoin in the crosshairs of the public and make it an enemy of the state.