On April 7th, 2020 your Uncle Marty wrote an issue of this rag titled A warning from history. At the time, the world was in a panic and governments were shutting down whole economies to "flatten the curve" while promising to make up for the lack of income provided by the jobs that were forced to a halt by printing money and airdropping it in plebs' bank accounts. Many were cheering these actions on, but they caused us at the Bent to take pause and reflect on history. Particularly the events that unfolded in the Weimar Republic when they did something similar in reaction to the French occupation of their cities. Here's a excerpt from that rag:

Fast forward a year and a couple of weeks and it seems that our worries have been validated as is evidenced by the price increases shared by Charlie Bilello in the below tweet:

Today's issue isn't a way for your Uncle Marty to brag about getting a prediction right, but to highlight the fact that this was all very predictable. Especially considering a lowly newsletter peddler like myself was able to call this with relative ease. And since this is the case, what does this say about our "leaders"? How were they not able to see this is what would happen as a result of their Draconian policies? Were they able to see this but decided it was worth the trade off? The situation begs the famous question; are we in this position because of incompetence or malice?

I'm leaning heavily towards mass incompetence enabled by a high level of hubris leaking from the "expert" class. Their lethal combination of hubris and incompetence is having very real and very negative effects in the real world. Lumber up 265%. Gasoline up 182%. Heating oil up 107%. Corn up 84%. Copper up 83%. Sugar up 59%. Cotton up 54%. Nat gas up 43%. Wheat up 19%. And coffee up 13%. These are all commodities that most American citizens come into contact with on a regular basis unless they live a life in which they ride around naked on bikes foraging for food while spending their nights in tents.

Prices have risen, they have risen dramatically, and they have risen in a very short period of time. And yet, those sitting in the thrones at the Federal Reserve, in the Treasury department, and their lapdogs in the mainstream financial blogosphere will constantly attempt to gaslight the masses by telling them that inflation is hovering around the 2% target set by the Fed. It's truly evil.

"But Uncle Marty, these are producer prices, they haven't reached the general public yet."

Not true. My parents run a coffee shop in our home town and my dad has been forwarding me emails since the start of the year about price increases that have been passed down to his business and their customers.

I fear that we are frogs in the pot and the water is starting to bubble. Everyone and their mother is talking about how much money they're making in stocks and real estate as commodities prices skyrocket. Prices should only climb higher as the economies open up and people flood small businesses as supply chains struggle to get back to where they were pre lockdowns.

I have Topo Chico coursing through my veins. 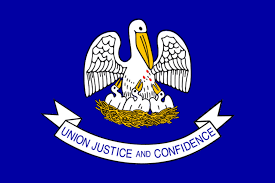