Throughout the many rags that have been produced focusing on this particular topic, I cannot recall one off the top of my head that highlights the beauty behind this process and how big of a breakthrough it is for humanity. Most of the energy has been dedicated to pointing out why the screeching coming from the sidelines is nonsensical. I'd like to rip a quick note on the beauty of bitcoin mining.

The front end of this process starts with something that exists in our physical reality; energy. The energy source can be water molecules, wind, solar, natural gas, nuclear, or another form of energy, it doesn't matter. All that matters is that it can be converted to electricity. Once that energy is converted to electricity, that electricity is used to power ASIC miners that create hashes specific to the hashcash SHA 256 mining algorithm. At this point something from our physical world has transformed into something that exists in the digital world. The number of hashes that are produced are astronomical and, in and of themselves, don't have any value. However, hashes that prove to be smaller than the current difficulty target of the network are special as they enable miners to add a block of transactions to the ledger and as a result they get rewarded with bitcoin.

The journey and process that takes a scarce asset in the physical world and turns it into a scarce asset in the digital world is a revolutionary process that will thrust humanity forward in ways our small monkey brains cannot fathom at this current moment. Satoshi's design, a proof of work consensus mechanism with a built in difficulty adjustment to calibrate the pace of block production and supply distribution, will be recognized as one of the most beautifully designed systems ever created on this planet. He figured out a way how to merge the physical and digital worlds in a way that was never before possible. It is a breakthrough on par with the invention of the wheel.

A quality dinner with good friends and family is one of the best simple pleasures in life.

This is a very exciting time to be observing the Bitcoin network. 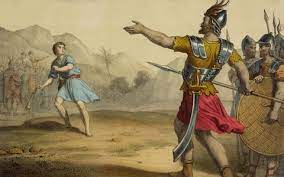 What your Uncle Marty is trying to say is that he thinks this time may be different.