A few weeks ago we talked about states' rights and how we believe they will be making a comeback moving forward. After some contemplation and many conversations at Great American Mining with some state officials from across the country, I wanted to take some time today to elaborate on my position. The vision of distributed sovereign small (and large) nation states and city states being erected around stranded energy sources that are leveraged to mine bitcoin. If a determined state gets its act together and moves with intention, it could potentially eliminate the need to tax its citizens into perpetuity, establish energy independence, and quietly + peacefully secede from the Federal Government.

Energy rich states like Wyoming are sitting on obscene amounts of stranded resources that can be turned into bitcoin, the scarcest asset man has ever come into contact with. If a Wyoming plays its cards right, it can issue the last tax it ever issues, or simply raise money in debt markets, to fund bitcoin mining infrastructure that takes the state's energy resources and turns them into bitcoin which gets rolled into a permanent fund that finances education, infrastructure, healthcare, farming, and other services. Maybe it even pays out a dividend to citizens if the endeavor is profitable enough. If the mining operation is run correctly and profitably, some of the revenues are used to reinvest in the mining infrastructure to ensure a steady flow of funds into the future.

Something like this was never possible before Bitcoin. There was no way to take stranded energy with no delivery mechanism and make it profitable. Now that bitcoin miners can show up to the molecules, convert them to electricity onsite with generation equipment and use that electricity to produce hashes that ultimately produce bitcoin that stranded energy can be monetized very easily. Those monetized energy assets that would have otherwise laid dormant or been completely wasted via venting or flaring can now be used to productively and for the benefit of all citizens. It should no longer be necessary to extort citizens for money to fund things. States that are willing to embark on the capitalistic endeavor of putting skin in the game and investing in mining infrastructure will be able to walk away from taxes. They will become productive enterprises instead of parasitic leeches.

What's more, this can be taken to the local level. Energy assets are spread across county, state and international lines. There's no reason to believe that this type of action will only exist at the state level. We can go more local and more focused with mining operations funding exactly what is needed for local communities and nothing more. The number of "states" will increase under a Bitcoin Standard as this practice becomes more commonplace.

Proof of Work with a difficulty adjustment securing the scarcest asset man has ever come into contact with will be recognized as the most profound breakthrough in the Digital Age. It molds the physical (energy) and digital (bitcoin) worlds together in a way that enables humans to do incredibly cool things in an extremely peaceful manner.

It's a beautiful thing to see and it makes it hard to believe that Bitcoin will ever be stopped. 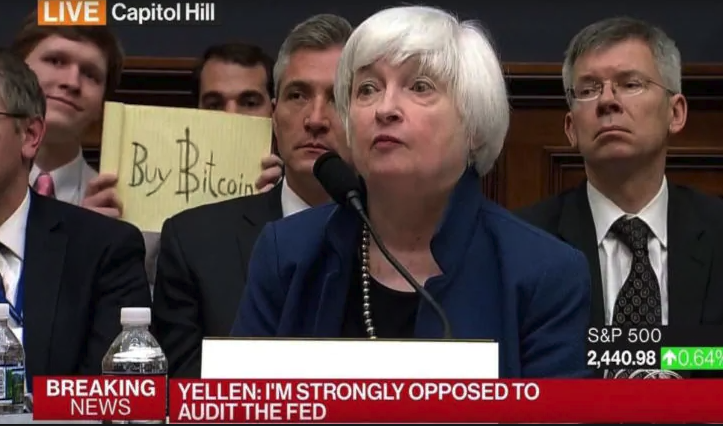 If at first you fail at micromanaging your own economy, attempt to micromanage the global economy by creating a "global minimum tax".