One of the most beautiful aspects of Bitcoin is the fact that Satoshi, to the best of our knowledge, didn't dabble in theory too much. He preferred applying his ideas via code as opposed to waxing poetic with contemporaries about what could be. This is the way.

It's funny what has unfolded since Satoshi launched Bitcoin. Many individuals downloaded the source code, participated in the network, and have helped pushed it's value to levels one would not assume an upstart digital peer-to-peer cash system could reach in the span of 12-years. Many others have looked at Bitcoin and thought, "this globally distributed system doesn't do exactly what I want it to do, and I assume others want it to do what I want it to do, so I'm going to begin theorizing what that system would look like and launch it to compete with Bitcoin." The early iterations of these projects driven by hubristic individuals who weren't content with the groundbreaking innovation Bitcoin represents materialized in the form of altcoins like Namecoin, Peercoin, and Zetacoin.

After those projects failed miserably, we witnessed another wave of altcoins led by projects like Tron, Ethereum, and EOS. All attempting to produce a product their creators theorized would be better than Bitcoin. Without fail, every single project has missed the forest for the trees and made the critical mistake of building something around their academic theorizing instead of being sure that their projects would be viable. To date, all have failed to deliver on their theorized promises because of externalities they could never foresee before launch.

The founders of these altcoins are so far from the caliber of innovator that Satoshi Nakamoto represents because they do everything ass backwards compared to how Satoshi launched Bitcoin. Here is possibly my favorite quote from Satoshi, which highlights the fact that he was a pragmatic builder instead as opposed to a theorizing academic.

This is why I have the utmost confidence that the altcoins created in Bitcoin's wake will fail in the long-term. Everyone is building on a theory instead of a workable application.

Beyond the altcoin space, we see many precoiners who look at Bitcoin's success and deem it unwarranted because they did not believe it could be successful despite the fact that it was succeeding right in front of their eyes. Instead, the want to take a step back, have a conversation about the digital currency that "humanity deserves", and then go build and implement that digital currency system. These are the Erik Townsends, Mike Greens, and Central Bankers of the world who think their theories can produce better applications.

All of these types will learn in time that their theories cannot produce anything near as eloquent as what Satoshi built. The market will teach them the harsh lesson that they have approached this problem from the wrong angle.

Happy to get this one out before 9PM.

Bitcoin is changing the game right in front of our eyes. 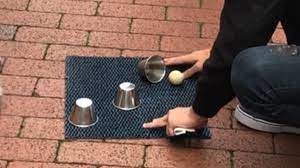 "BuT uNcLe MaRty, ThErE iS nO iNfLaTiOn! MaYbE iT wIlL rIsE wItH fIsCaL sTiMuLuS!"....