One of the biggest lines of FUD (fear, uncertainty, and doubt) that is trotted out against Bitcoin is that governments will inevitably shut it down. Now, I am a believer that governments are some of Bitcoin's biggest enemies and are the best equipped to slow down adoption of the hardest money the world has ever encountered. However, even though I believe this to be true, one should not discount the influence of bitcoiners in places of power like Senator Cynthia Lummis and Mayor Francis Suarez.

Yesterday we became aware of the fact that Senator Lummis, a very vocal Bitcoin advocate, has been appointed to the Senate Banking Committee. A committee that has a lot of influence over banking and financial regulation in the United States. As it stands today there is at least one voice on a committee that wields a lot of power to vocalize the case for Bitcoin. At the very least, Senator Lummis' presence forces her counterparts in equal positions of power to consider a future in which Bitcoin is a part of our economy. In a best case scenario, Senator Lummis is successful in turning the minds of her fellow committee members. In a worst case scenario, she slows down any state-level attacks on Bitcoin in the US by extending the conversation further in the future. This is a beautiful thing.

If we take a long drive down I-95 from DC to Miami we are witnessing Bitcoin hit the center stage at the local government level as Mayor Francis Suarez attempts to attract innovators to the city he has been tasked with leading. In my opinion, this is even more bullish for Bitcoin. Your Uncle Marty says it often, if we are to escape the madness that currently rules our world it's going to have to be initiated at the local level. Seeing the mayor of one of the largest cities in the country openly recruiting bitcoiners to come innovate is exactly what you want to see. This is the free market at the local level voicing its opinion that Bitcoin is something it wants to exist and thrive.

It will become increasingly hard for the powers that be at the federal level to ignore the fact that more and more individuals are demanding the ability to use and leverage the Bitcoin network. The innovation it represents and the utility it provides is becoming undeniable. And there is an increasing number of people in positions of power that are willing to openly advocate for the rights of the individuals they represent to use Bitcoin.

As always, we should never be complacent when it comes to Bitcoin. Adversarial thinking and preparing for the worst types of attacks should always be the state in which bitcoiners operate. With that being said, it is extremely encouraging to see bitcoiners at the table fighting for its right to exist. Stay vigilant, but also stay positive. Good things are happening. The battle of ideas intensifies.

It's weird how excited you can get for bulk trash day. 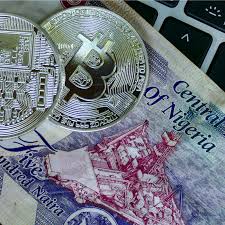 Yet another authoritarian move from the powers that be in Nigeria. 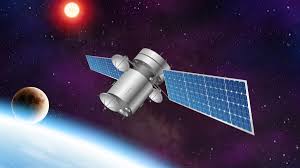