Here's something that crossed my radar last month but I forgot to share with you freaks; jonasnick demonstrating that a proof of reserves solution that preserves privacy using Taproot and ring signatures is possible on one of Bitcoin's testnets. What the hell does that mean, Uncle Marty? It shows one of the cool things an individual will be able to do on Bitcoin if/when Taproot is activated; prove they own a certain amount of bitcoin without revealing what addresses the UTXOs are held in. This would be a big boon for those building solutions that preserve the privacy of bitcoin users as they transact on chain or sign signatures to prove ownership when using bitcoin as collateral.

If you go back and read through Bitcointalk.org you'll find that Satoshi was interested in building a solution similar to ring signatures for Bitcoin as far back as 2010:

"What we need is a way to generate additional blinded variations of a public key.  The blinded variations would have the same properties as the root public key, such that the private key could generate a signature for any one of them.  Others could not tell if a blinded key is related to the root key, or other blinded keys from the same root key.  These are the properties of blinding.  Blinding, in a nutshell, is x = (x * large_random_int) mod m."

Is this another situation in which being patient and doing things the right way instead of the fast way proves advantageous for Bitcoin in the long-run? We shall see. This is only a proof of concept at the end of the day. Hopefully we see more of these types of projects leveraging Taproot on testnet to get bitcoiners more motivated about activating Taproot on mainnet. Currently, there seems to be talk about taking about putting forth a proposed activation route from at least one Bitcoin Core contributor.

In the opinion of a lowly newsletter peddler, it would be best to get Taproot activated before an insane bull run takes off, if that is what's about to happen. There are many benefits Taproot could bring this potential wave of new bitcoin users. It would be a shame if those benefits were delayed.

If you want to learn more about ways in which Taproot can improve privacy for bitcoiners, I recommend you peep this article from Ben Carman that explains MuSig and unicast contracts which can be used to leverage Taproot to make multisig more private on-chain.

The mini-me is now walking. 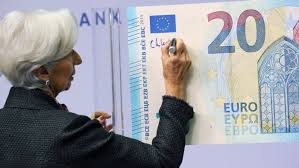 If Bitcoin wants to be resilient in the face of social attacks, it needs as many people as possible running nodes. It needs to survive "The Mass Unplugging".