The above excerpt is from the 2020 annual shareholders letter that was sent out to the clients of Stone Ridge Asset Management. Written by the Stone Ridge's Founder & CEO, Ross Stevens, this end of year note to investors is one of the best pieces of content I've encountered that explains the "how?" and "why?" of Bitcoin. Like I said last week, we've reached a cultural tipping point in regards to Bitcoin that there is no turning back from. The number of individuals around the world who have had or are currently experiencing "ah-ha!" moments in regards to Bitcoin is overwhelming the collective psyche of the planet.

As is highlighted by Ross in his letter, people have taken the "fact" that money, particularly the cuck buck, just works for granted. Most people do this without educating themselves about the properties of money. More specifically, the properties of good money and bad money. But this note isn't going to harp on this particular theme. We've beaten that horse to death over the years. Instead, I'd like to highlight the gravity of the collective "ah-ha" moment that is going on in parallel with Bitcoin's fundamentals getting increasingly stronger by the day at a pace I don't believe I've seen for as long as I've been paying attention to Bitcoin.

Having an eloquent explanation of Bitcoin, its context in monetary history, its simplicity and its beauty as a distributed network coming from an asset manager is - love it or hate it - what you want to see. Humans are social animals and all of us tend to allocate trust to others in certain domains when trying to understand something new or foreign. When it comes to money our society tends to allocate trust of our understanding of money and how to accumulate more of it, both wisely and unwisely, to the "professional investor class". More of this type of Bitcoin education coming from the Stone Ridge's of the world is going to continue to speed up Bitcoin's feedback loop.

The passage above is something that gets me particularly excited. The idea of Bitcoin being an energy consumer that can operate in remote areas and other parts of the supply chain where energy is wasted is becoming more mainstream. The "Bitcoin is boiling the oceans" crowd is being completely drowned out by sane viewpoints based in reality by a class of people whose views are respected by many people.

At the same time we are witnessing fundamentals improve at a break neck pace.

Individuals and institutions seem to be moving their coins off of exchanges. I imagine many are sending their sats to cold storage.

Strike just launched a product that utilizes Bitcoin + Lightning to enable users to send international payments instantaneously and at no cost. An ambitious project that allows individuals to use the Lightning Network as an alternative to traditional money transfer rails like SWIFT and TransferWise. It feels like the OCC legal clarification sent out earlier this week was written exactly with this type of use case in mind.

If this product takes off and is able to avoid ending up in a regulatory quagmire, which the recent clarification makes me believe is possible, we will be witnessing the blurring of the lines between the Bitcoin Network and the traditional systems we've grown accustom to. It marks the beginning of a gradual transition in my mind. A period of time during which payments begin a transition to Bitcoin and Lightning in earnest.

Square Crypto just gave out a grant to another anonymous developer so they can focus on working on Stratum V2, a mining pool protocol that would give individual miners within a pool the ability to construct their own blocks. Helping to distribute one of the more centralized aspects of the Bitcoin Network; mining pools.

All of these fundamentals coming to light during the same week that citizens decided to raid the US Capitol building. Wooo doggie.

You couldn't imagine a more poetic juxtaposition of events if you tried.

One system is in absolute turmoil as its legitimacy continues to be called into question by individuals from all walks of life as another system begins its rise to prominence by winning the hearts and minds of individuals on the strength of its network incentives and the merit behind its raison d'être. 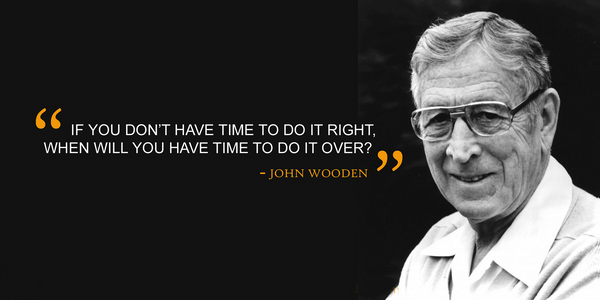 Find your zen. Learn to look away from the price if you can. It is only going to be more distracting from here.