In late May of this year we made you freaks aware of the fact that Chris Belcher had released the design specs for a CoinSwap implementation. An idea originally proposed by Greg Maxwell in late 2013. Once implemented, CoinSwaps will add another privacy tool to bitcoiners' arsenal. Used in combination with other privacy tech like CoinJoins, CoinSwaps will make it easier to achieve sufficient onchain privacy.

It looks like things have been progressing swimmingly since May as yesterday morning Mr. Belcher sent out the above tweet thread walking his followers through the first ever multi-transaction CoinSwap on Bitcoin's testnet. This is a pretty massive development as Bitcoin's privacy assurances are currently subpar. Any tech that comes to market that improves the ability of individual bitcoin users to improve their privacy should be considered a giant leap forward and increases the odds of Bitcoin's long-term success as a sufficiently distributed digital cash system that protects the identity of its users.

Slowly but surely, in the face of many sideline critics, the technology surrounding the Bitcoin protocol continues to improve. Making Bitcoin more robust, efficient, scalable, private, and extendable. Paving the way for more adoption while giving the network a fighting chance at withstanding state-sponsored attacks. In my eyes, we are not out of the woods yet, but we are getting closer to the tree line that separates Bitcoin from where it is now and the sufficiently robust system it can and should be.

Shoutout to legends like Chris for pushing us all forward. Onward!

I feel compelled to warn you freaks about the massive data leak that Ledger wallet has suffered, having client names, home addresses, and email addresses exposed to a malicious actor who hacked their servers. There has been an onslaught of phishing attacks since they were hacked and there are a number of reports of individuals falling prey to the attacks and losing all of their bitcoins. This is a terribly sad development that I hope none of you have been a victim of.

Here are a few things you should know if you buy and own a hardware device:

As we say often, Bitcoin demands extreme ownership. Especially if you control your own private keys. Be aware of the attack vectors that exist and educate yourself about best practices. This particular data breach highlights some of the downfalls of KYC/AML and unnecessary data collection from third parties. 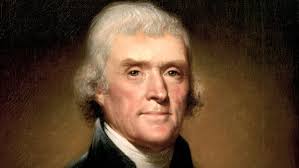 The greatest, most liberating innovation the world has seen since the onset of the Internet is about to handcuffed by a single man.

Instead of boring you freaks with the usual spiel, I'm going to do something a bit different today.