Yeah, I said it. And I have said it multiple times in the past. Instead of boring you freaks with the usual spiel, I'm going to do something a bit different today. A little bit ago, I sent out a tweet asking "What the hell should I write about today?" I'm experiencing a bit of creative inspiration at the moment, so I'm going to take some of the responses to that tweet and tie them in with the tweet above. Here we go.

In case you freaks missed it, this morning Square announced the launch of a $10M fund focused on investing in "clean" mining operations in the United States in an attempt to drive its carbon footprint to zero. Luckily for Square, the incentives that are inherently built into the Bitcoin network, particularly related to its Proof of Work consensus mechanism, Bitcoin miners are economically incentivized to move the world in this direction and, ultimately, towards world peace.

Bitcoin miners are engaged in a race to drive their cost to produce bitcoins as low as possible. One of the biggest drivers of the overall cost to mine bitcoin is power production. Miners are highly incentivized by the market is to drive their cost of power production towards $0.00. Because of this, we find that miners predominately utilize stranded renewables and otherwise wasted natural gas. The utilization of these particular energy resources by Bitcoin miners will do wonders to make the world a much cleaner place.

Alternatively, the use of natural gas that would otherwise be vented, flared or stranded to mine bitcoin is an incredible development for the environment. Venting methane into the atmosphere is orders of magnitudes worse than if it were to be combusted and turned into CO2. Eliminating flare should be a top priority. Flaring is better, but not by much due to the fact that flare stacks are highly inefficient at burning all of the methane. Especially when wind is present. Running gas that would otherwise be flared through a controlled combustion environment - i.e., a generator - is significantly better for the environment. We haven't even mentioned the fact that natural gas is by far the cleanest fossil fuel on the planet. Capping these vents, eliminating flares, and mining bitcoins with these energy sources instead will make the environment much better off.

Well, freaks. The emergence of Bitcoin allows us to implement an idea that has been around for (at least) a century; transitioning to a currency backed by energy to usher in world peace. Henry Ford wrote about this idea in the New York Tribune in December of 1921 and Buckminster Fuller expressed a similar idea many decades later. If we can eliminate the friction caused by monies that are not directly tied to kilowatt hours expended, we can usher in world peace because the money would be truly fair on a global scale. It is impossible to fake energy consumption and producing hashes via Bitcoin's hashcash SHA256 hashing algorithm is proof of energy consumption.

One down... this is going to be longer than originally intended.

The Bitcoin world is buzzing after MicroStrategy's CEO Michael Saylor, more commonly referred to as "The Gigachad" these days, announced his intention to take out $400M in debt via a private convertible note offering. The proceeds of which less capital reinvestment in the companies operating activities would be used to purchase more bitcoin. In short, Mr. Saylor is taking advantage of a low interest rate environment to acquire cash to purchase more bitcoin which he believes will appreciate in value at a rate that outpaces the interest rate of the notes over the duration of the debt's lifecycle. Essentially, Mr. Saylor is contributing to the ongoing speculative attack on the US Dollar. We wrote about the transition from "slow bleed" to "currency crisis" during a speculative attack in early August. I highly recommend you check out that piece to brush up on the concept of a speculative attack if it is unfamiliar to you at the moment.

Well it expedites our transition to a Bitcoin Standard, which will usher in world peace.

The type of firmware our friend Edward is referring to in this VERY RUDE response is the firmware used by Bitcoin miners. Particularly firmware that is produced to make certain miners more efficient at hashing and/or energy consumption. This allows particular models of miners to remain profitable for longer, which - in turn - gives the mining industry a better shot at remaining sufficiently distributed and robust against nation state attacks.

It gives Bitcoin a better chance of succeeding in the long-run. And, as you may be able to tell by this point, Bitcoin's long-term success will usher in world peace.

Jesus would have loved Bitcoin! Afterall, he overturned the tables of the moneychangers during the cleansing of the Temple. Moneychangers were akin to the central bankers of today. Individuals who benefited unduly due to usury and foreign exchange. Bitcoin removes the possibility for moneychangers to take advantage of people forced to use a particular currency.

Whether you are a Christian or not, it's hard to deny that Jesus was a pretty chill dude who wanted peace on Earth. If Bitcoin aligns with His values, I think we may be on the right track. The track towards world peace.

Having a fireplace next to my desk is clutch at the moment.

Slowly but surely, in the face of many sideline critics, the technology surrounding the Bitcoin protocol continues to improve. 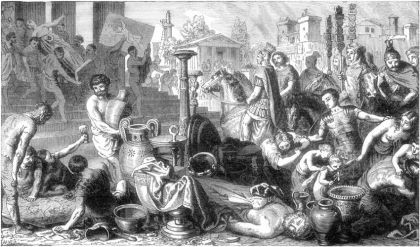 Stop the heist! Stand up for yourself, your future, and the future of your children. It's way over due at this point.