You're living through the greatest heist in human history. The amount of money that the Federal Reserve has printed this year is absolutely astonishing. As you can see from the tweets above the M1 money supply has increased by 55% since February, the M2 supply is up by 22.5% this year, and the velocity of money has absolutely collapsed. If one is going to print trillions of dollars in the name of saving the economy, you'd hope that they'd at least pay a bit of attention to the velocity of that money printed because it would let them know whether or not those newly printed dollars were matriculating throughout the economy as they hoped. Apparently our incompetent leaders at the Fed and in the Treasury have been asleep at the wheel because their policies are having the exact opposite effect of their stated intention.

What you are looking at is a massive wealth transfer from the poor to the rich playing out in real time. The individuals who have been forced to stay home from work, prevented from opening their businesses, and handed a $1,200 check in March are not benefiting from the gains being made in the stock market. The kleptocrats in power are bleeding the most vulnerable among us dry and they are actively preventing them from fighting back by forcing lockdowns on them in the name of sCiEnCe. We can debate whether or not these actions are coming from a place of malice or incompetence, but there is no denying how unfair the results of these actions are. The long-term economic and psychological effects these actions will have on the masses is incalculable.

The immediate consequences are already very apparent. Small businesses are shutting down en masse, the young are experiencing a collective psychiatric breakdown, and all common sense has been thrown out the window. Here's a chart from LA County and a retrospective on Florida's opening of their economy that should give every single one of you freaks who is pro-lockdowns pause:

These facts do not compute with the mainstream narrative that is being forced on the masses by a mainstream media that has consistently misled the people they are supposed to be informing time and time again. In the 21st century alone the media, acting as a lapdog for the kleptocratic elite, has gotten us into the Iraq War, scapegoated the big banks after the 2008 financial crisis, fear mongered about SARS and Ebola, and worked to silence political candidates who aren't given the establishment stamp of approval.

What has unfolded in 2020 is absolutely disgusting and evil. The level of hypocrisy emanating from politicians and the media is at all time highs. These scumbags are taking away God given liberties from everyone while they consistently refuse to follow their own directions by taking luxurious trips and treating themselves to Michelin star caliber meals. If there was ever a time for a revolution, it's right now at this very moment.

The Great Heist of 2020 is one of the most egregious and EVIL things that has happened in recent history. The people in power should not be trusted. They are incompetent and hypocritical.

We must rally around systems that are completely separated from these psychopaths. Grassroot movements like Bitcoin that give power back to the individual and render those drunk with power obsolete.

Stop the heist! Stand up for yourself, your future, and the future of your children. It's way over due at this point.

Here are two more charts that highlight just how insane this year is.

I want to learn how to farm.

Instead of boring you freaks with the usual spiel, I'm going to do something a bit different today. 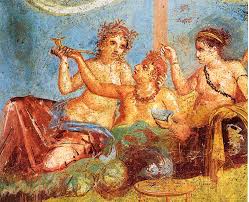