As the chaos surrounding the US Presidential Election creeps into day three, there is something happening behind the scenes. Bitcoin is rallying quickly towards $15,000 as the Dollar Index has been falling sharply and seems poised to test its lows on the year. Uncertainty is reigning supreme at the moment. Market participants from around the world may be looking at the shit show that is the 2020 Presidential Election and questioning the continued strength of the Dollar.

How can a nation so divided, unorganized, and unable to count election votes in a timely manner control the world reserve currency? Can the US government be trusted to get its act together, unite its citizens, and reinstate itself as a competent economic superpower? We shall see. Things aren't looking good right now. As the vote counting drags on, we are seeing more people drop out of the workforce.

There are still 22 million people in the US receiving unemployment checks from the government as they've been forced to stay home from work due to the virus. It doesn't seem like the government is going to be able to get its act together to pass another stimulus bill any time soon. Especially considering what's going on at this very moment.

Are we witnessing an increase in the decay in confidence in the US government? I think so. How could one look at what's going on this week and not question the ability of the US government to work effectively? It can't even coordinate an efficient election anymore.

The prospects of an apolitical sound digital currency that cannot be controlled by any one corrupt government, company or individual are becoming increasingly appealing to many around the world. Expect the price of bitcoin to benefit greatly from this.

There's a liquidity crunch on the way. 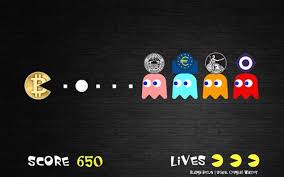