The commercial mortgage backed security market is in a bit of a crisis as a result of the forced "two-week" lockdown of the economy that has extended itself into its seventh month. This shouldn't be a surprise to anyone who possesses any inkling of common sense. If you force people to stay home from work, inducing mass layoffs and cratering economic activity it is going to be hard for businesses to pay rent on the buildings they have leased to conduct said economic activity. Couple this with the fact that many companies who work in the service economy and were able to keep their businesses afloat while working remotely are beginning to realize they may not need office buildings to deliver a quality service and you have a recipe for disaster in the commercial real estate market. And an even bigger problem in the collateralized products that bundle these commercial real estate mortgages together.

As you can see from the tweet and the chart above, the amount of commercial real estate loans that are late on payment has ballooned significantly since the beginning of the Summer. The total amount of rent that has not been paid in 90 to 120 days has increased by 7.5x since June. Rising to $30B from $4B. The percentage of all commercial real estate loans issued to hotels that have not been paid in 30+ days (the chart above) is hovering around 20%, while retail commercial real estate loans are hovering around 12%. Both tranches are experiencing significantly higher delinquency rates when compared to the aftermath of the Great Financial Crisis of 2008. A self-inflicted gaping gun wound that will probably take a while to heal.

If you're keeping tabs at home, these delinquency levels are similar to the levels subprime residential mortgages reached at the height of the Great Financial Crisis only a little over a decade ago.

Now, comparing the market for residential mortgage backed securities and commercial mortgage backed securities isn't exactly an apples to apples comparison. However, it will be interesting to see whether or not the CMBS market is bailed out in the same way that the subprime MBS market was bailed out post-2008. In the aftermath of 2008, the banks foreclosed on underwater subprime loans en masse as the Fed began gobbling up as many toxic MBSs from banks as they could stomach. Will we see something similar with the commercial real estate markets this time around? Will the financiers begin kicking out tenants? Will the Fed step in to buy the underwater collateralized debt obligations to help prevent some banks and commercial real estate shops from going broke? We shall see.

This year, the Fed has already added high-yield bonds, high-yield bond ETFs, and more vanilla ETFs to the list of potential assets they are willing to buy. Are they willing to extend the same courtesy to the commercial real estate markets? We shall see. The commercial real estate market is hovering around all time highs with ~$2.4T in outstanding loans on the market. Does the Fed have enough ammo left to come to the rescue? By the way Jerome Powell has been posturing recently - throwing his hands in the air and essentially begging DC to stimulate the economy via fiscal policy - it seems like they may not have the ability to save the CMBS market if they wanted to. With that being said, nothing should surprise you.

Your Uncle Marty feels that this is a ticking time bomb that has taken a back seat and has flown significantly under the radar as the US Presidential election has become the only thing that people seem to be able to focus on at the moment. If the Fed is unable to provide the necessary safety net and the politicians are too bone headed to bring anything to the table, we'll probably just wind up seeing a massive consolidation of power in this particular market into the hands of a few big asset managers. And even if that happens, does this particular market every fully recover? Especially when you consider competition from services like AirBnB becoming a mainstay. What does mean for job recovery in the hospitality sector? Have we initiated a doom loop that there's no recovering from? We shall see.

In the meantime, it seems that many individuals are positioning themselves to hedge against more tailwind risk by piling into bitcoin and pulling their bitcoins into cold storage. It should be an interesting 12-18 months here in the States. I hope you're stacking sats.

Mid-October overhead swell for five days straight is what I need right now. 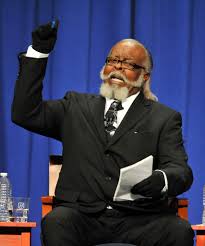 This overt theft needs to end. I believe a Bitcoin Standard could help curb the overbearing taxman. This cannot continue into perpetuity. 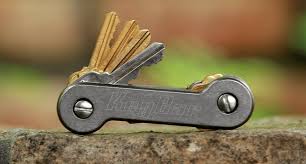 This is all very unique to Bitcoin. A fundamental utility that makes Bitcoin the best store of value the world has ever encountered.