Last week, Reason released the first of a four part series on the history of the cypherpunk movement, the evolution of the technologies they created and leveraged, and the hurdles they faced along the way. Earlier this morning, part two of the series dropped and I recommend you freaks check it out when you get some free time. Especially if you want to have a better understanding of Bitcoin's context in relation to the technologies that came before it.

It's easy to get bogged down in the day-to-day minutia of Twitter drama, software updates, or headlines of companies adding bitcoin to their balance sheets. This isn't necessarily a bad thing, but the day-to-day minutia should be balanced with some grounding material. Particularly, history. The innovation behind Bitcoin becomes much clearer once you understand some of the building blocks - software and philosophical - that helped pave the way for its launch.

We live during an era of great change. A pace of change that many find unsettling. Power has become extremely concentrated over the last century as the Individual has lost a lot of leverage against the State in regards to its ability to compete on a battlefield with modern day weaponry. This has, in part, enabled a slow encroachment on civil liberties. The Digital Age has brought with it another battlefield. One on which the Individual has much more leverage against the State because she has access to the same digital (defensive) weaponry that the State has access to. That's how powerful encryption and distributed systems technology is. Encryption allows individuals to share information in private, and distributed systems aid in facilitating the transfer of that information.

Bitcoin, leveraging the benefits of a peer-to-peer distributed system with a sound monetary policy, is adding another arrow to the quiver of the Individual. An arrow that allows her to transact within the peer-to-peer network with the best money the world has ever known. Unstoppable money if we continue to get closer to the ideals many have been striving for over the course of decades. From both a technological and economic perspective.

Go check out the first two parts of Reason's series. The last two parts will drop over the course of the next two weeks.

If only the woke mob running through Twitter understood the true nature and beauty of the product they're working on. 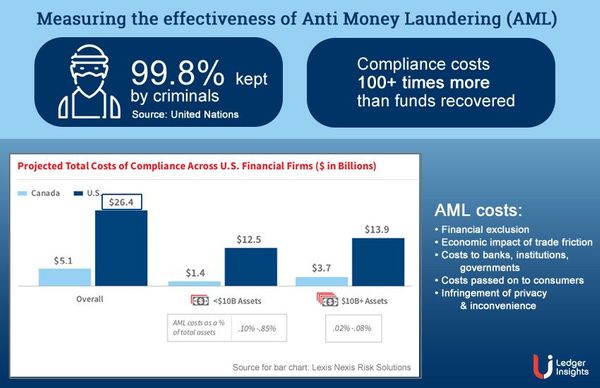 Companies are essentially being taxed and forced to create new, systemic arms of their businesses in an attempt to comply.