The screenshots above come from the website of the Travel Rule Protocol. The Travel Rule Protocol is a working group of "digital asset industry leaders" who have come together to develop a "first generation, minimal, workable, pragmatic API specification for compliance with the FATF Travel Rule". Your Uncle Marty isn't going to mince words, the participants in this working group, who are not identified on the website, are enemies of Bitcoin. They have decided to bend over and hand themselves over to the Financial Action Task Force with no push back at all.

Instead, these weak "leaders" are moving as quickly as possible to develop tools that make them as compliant as can be with the Travel Rule; a rule that forces VASPs (Virtual Asset Service Providers) to share customer data with each other. All in a half assed effort to prevent money laundering. In reality, the members of this working group couldn't care less about money laundering. We've found that many of the traditional banks who have to comply with FATF regulations are the largest enablers of money laundering of the largest scale. What this working group is really working to create is a regulatory moat that makes it as hard as possible for new entrants to enter the market because the more regulation that is catered to means more compliance costs for upstarts looking to provide better services to the free market.

This is totally anathema to the ethos of Bitcoin and goes against everything Satoshi set out to accomplish when he launched Bitcoin in 2009. Bitcoin is meant to be an open and permissionless system that allows individuals the world over to participate in an open apolitical monetary protocol that cannot be censored by any central authority. As the market has developed and services have been built on top of Bitcoin, the dark world run by the international banking system has slowly creeped into Bitcoin. The "industry leaders" who have profited immensely off the Bitcoin Network are now getting greedy. Creating regulatory moats and hindering the total potential of Bitcoin. If these assholes are successful they will inevitably find themselves in the spot we talked about yesterday, preventing individuals from sending bitcoin from these regulated service providers to personal wallets that do not collect or share the data that this working group wants to share with each other. They will inevitably bifurcate the network if we don't destroy these idiotic, anti-competition regulations forced on us by and unelected supranational organization that is as ineffective as a condom with a gaping hole in the tip.

If you are a bitcoiner who cares about the properties of the network that make bitcoin worth holding and you are competent enough to move your UTXOs to personal custody, I strongly advise you do so. If you are a merchant or service provider who accepts Bitcoin as payment, I strongly recommend you use open source solutions like BTCPay Server instead of centralized payment processors. The War is upon us, freaks. It's time to fight back against this nonsense.

Hit the range twice this week for a round today. Pray for me. 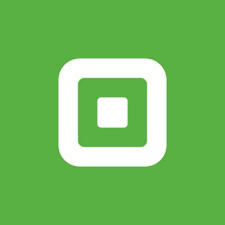 Square's actions signal to me that they are in Bitcoin for reasons that align with the reasons I find myself dedicated to Bitcoin.

The charges against BitMEX were a loud shot across the bow of the industry.