In case you freaks missed it, over the weekend BuzzFeed News - a blog that I usually hold in low regard - published a story showing that the big banks around the world are still enabling the worst criminals around the world to launder money and get away with obvious fraud with little repercussions. Shocker!

The topic of KYC/AML has been a very hot topic in this rag in recent weeks. Mainly highlighting how forcing KYC/AML compliance on individuals and small businesses does more harm than good. The data collected sits in databases that have been prone to massive hacks. Releasing customer data to dark net markets so nefarious individuals can use that information to defraud companies while stealing from innocent individuals at the same time. Worst case scenario, the nefarious actors use the leaked data to locate someone in the physical world to harm them. On top of this, forcing smaller businesses to adhere to more and more regulations adds a cost burden that many small businesses cannot handle. Further consolidating power with larger businesses and institutions that gives them more leverage and power in the long-run.

In one of the above screenshots Senator Ron Wyden confirms something we've known for some time now, there is a two-tiered justice system that allows gigantic banks to launder money on behalf of drug cartels, terrorists, and other criminals with little recourse while the Common Man gets the full force of the Law thrown at him for selling dime bags on the corner. The hypocrisy would be funny if it wasn't so infuriating.

The sad part is, the solution to these revelations from BuzzFeed will probably lead to more draconian laws that enhance the digital panopticon and further concentrate power in the hands of the big guys. Leading a few players to "the only game in town" status that will inevitably enable them to keep doing what they do in terms of facilitating fraud. Just in a different form. As history has shown, people who are willing to pay to get their transactions processed in this system will inevitably get their transactions processed. No matter how strong the regulations seem. There's this weird thing about criminals where they tend to not follow the law. It seems that governments and regulatory bodies have not realized this and they are keen on continuing down the path of more of the same; make life harder for everyone on the planet while doing little to prevent the crime they are claiming to prevent.

The next time you see someone LARPing about Bitcoin enabling drug dealers and money launders, let them know that it most certainly does do this, but it is nowhere near as successful as banks are facilitating these crimes. Overburdening individuals and companies with KYC/AML compliance has done little to curb criminal activity within the financial system to date. Maybe it's time the politicians and regulators making these laws should admit their policies are useless and focus on preventing these crimes by implementing better policy that reduces the overall crime rate.

Ending the War on Drugs is a great example of how these burdensome regulations can be reduced. It would be real hard for Mexican drug cartels to justify their existence if drugs were decriminalized globally. This would reduce the amount of surface area authorities need to cover as it would be legal for free thinking sovereign individuals to participate in drug trade. With considerably less people falling under the label "drug criminal" authorities could better focus their efforts on the pedophiles and corrupt cronies within their own ranks and outside of them.

These regulations have become too dumb and expensive to enforce. The powers that be don't seem to want to admit it.

Writing in the car. Starting to get nauseous. 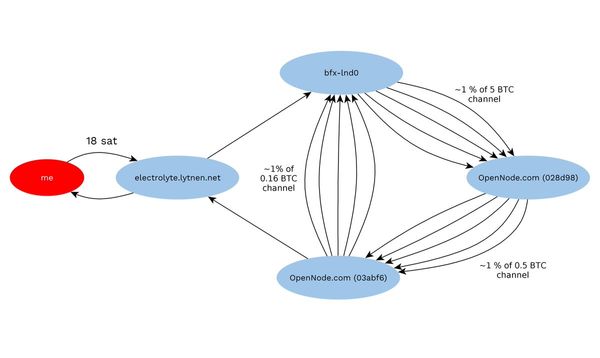