We're creeping into the ninth month of 2020 and the egregious oversteps of power exerted by elected and unelected officials continue to pile up. This week's foray into "let's see if they will willingly accept this nonsense without push back" comes from the CDC, a government agency staffed with unelected bureaucrats that has been consistently inconsistent throughout the year. They are exerting a power I did not know they possessed to halt rental evictions of "qualified individuals" until the end of the year. Denying property owners revenue streams that they are dependent on and increasing the power the State has over the individual in the process.

This whole situation is completely dismaying. Of course, your Uncle Marty does not want to see people forced into homelessness due to the fact that they were first forced to stay home from work and can no longer pay their bills. We're witnessing one of two things; a cascading shit show induced by a completely incompetent political class that does not have the wherewithal to consider unintended consequences. Or a controlled demolition of the last vestige of Civil Liberties in the United States so that the State can micromanage its subjects. A pure inability to manage a complex system or pure evil enacted to control.

How the hell did we stray so far from the founding principles of this country that a government agency filled with people who were never on a voting ballot and is tasked with recommending policy in relation to "public health" has the ability to tell property owners they cannot evict tenets. I cannot compute why these particular streams are crossing at the moment. And to be frank, it's pretty scary. The government is turning into an amorphous blob of overlapping unaccountable agencies that have undue power over the individuals in our country.

How long until this amorphous blob stops caring about the optics of compartmentalized departments and reveals its true form; a monolithic entity that controls the money, the economy, free movement, health, and minds of the masses via indoctrination camps we call public schools? This may be one of the things that has already happened and historians will only be able to pinpoint the transition to the monolithic entity in retrospect. 2020 has sure felt like a year in which individual freedom has been hindered by a monolithic beast that contradicts itself at every turn, yet tightens its grip at the same time.

If you look around, you'll be able to see that other countries are experiencing similar declines into tyranny, but may be a bit further ahead than we are in the United States. Here's a video of a pregnant woman being taken away in handcuffs in front of her family for having the gall to recommend that people protests some of the draconian overreaches Australians are experiencing at the hands of the monolith that has materialized within their borders.

The world is in a state of absolute insanity driven by power hungry sociopaths in political offices across the globe. The insanity needs to end before we end up in a dystopian hellscape that makes our current condition look rosy. Individuals need to begin standing up to this madness en masse. We need more protests like the one this mother was advocating for. They can't arrest all of us without looking like Hitler.

One way to do that is to protect your wealth in Bitcoin. This gives individuals leverage over the overarching monolith's ability to engage in financial warfare against the Common Man.

Bananas and watermelon are the snack of the week for the kid. 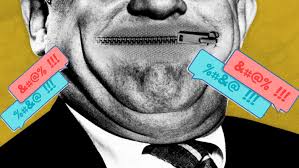 I do believe in due process and the inalienable rights of individuals to get a fair shot in the courts.