Over the weekend I stumbled across a lot of Twitter conversations that focused on excerpts from books written about bouts of hyperinflation different societies have experienced throughout human history. Above are some of the passages that really stuck out to me. Austria post-World War I, The Weimar Republic, The Roman Empire under Diocletian, and The Third French Republic each made grave mistakes that led to the full debasement of their currencies in relatively short order. Each instance was driven by different factors, however there seems to be an underlying theme that ties the events together; hubris.

War torn Austria attempted to combat food shortages and rampant unemployment via money printing. Driving the exchange rate for krones from 17.09 krones/dollar in 1919 to 77,300 krones/dollar in 1922. At the time, many individuals throughout Austria were speculating in the stock market in hopes that its rise would outpace the rate at which the Austrian Central Bank and government were inflating the supply of krones in the market. Interestingly enough, as this was going on Austrians were blaming the strength of the US Dollar for their woes instead of realizing the debasement was being driven by the powers that be in their country.

Rewind the clocks a bit and we end up in Rome and we'll find a serious bout of hyperinflation initiated by Emperor Diocletian in 300 AD. He had the smart idea of issuing a new form of money known as the nummus and forced it on Roman citizens. Prices denominated in nummi quickly rose and Diocletian did his best to stop the bleeding by mandating price ceilings on goods throughout the Roman economy. These efforts proved to be in vain as prices continued to rise and the nummus was eventually abandoned. Constantine came in not long after Diocletian and continued to debase the currency of the Romans, which eventually played a role in the fall of the Roman Empire.

Fast forward back in time to 18th century France and we'll find that yet another bout of hyperinflation was induced by unfettered money printing initially justified by "aiding the French economy". Things started out pretty well for the French after the initial injection of newly printed monetary units, but things quickly turned into a monetary mania as the government needed to print more and more in an attempt to keep things afloat. This inevitably pushed the price of goods considerably higher and forced individuals to focus less on hard work and more on pouring their capital into exotically engineered financial products in an attempt to outperform inflation. This was yet another hyper-inflationary event that was denied by the living through it until the very end. Everyone thought they were smart and getting rich off their speculation. They didn't realize their currency was melting until it was a puddle of evaporating liquid.

As we've discussed before in this rag, the Weimar Republic was hubristic to think they could tell their factory workers to stay home in protest when the French came to occupy the territory as they waited to collect their war reparations after World War I. Crashing their economy and inflating the mark into irrelevance as they printed new units to pay the workers they forced to strike. What's interesting about the excerpt I came across about Weimar over the weekend was the fact that there were individuals speulative attacking the mark with gold. Similar to what Michael Saylor and others seem to be doing to the dollar at the moment by issuing low interest rate (or zero interest rate) debt notes, taking the dollars raised, and pouring them into Bitcoin.

Each bout of hyper-inflation is unique in its own right. There were different social preconditions and actions taken by each government at the time of rapid debasement, but the end result of mass money printing was always the same. The topic of hyper-inflation in the US is a hot topic, especially as individuals like Michael Burry and Ben Rickert have come out over the last week and said that hyper-inflation is likely in the US considering the actions being taken by the Fed and the Treasury.

Many who do not believe that this is the case are pointing to the fact that the US dollar is the reserve currency of the world and this simply wasn't true for any currency that has experienced hyper-inflation up to this point in history. "It can't happen to the dollar" they opine.

Who knows, maybe they're right. Your Uncle Marty is simply a simpleton sitting at his keyboard sharing his thoughts. They could be stupid thoughts.

But reading through these stories of different debasement events throughout history, it is extremely hard to not notice the glaring similarities that exist in the US today compared to these societies that came before us. TikTok investors pamping the stonk market. Shut downs of whole economies paired with fiscal stimulus to pay the workers who are being forced to stay home. Individuals taking out loans to buy hard bearer assets. Talk of an increase in the minimum wage. And the belief that everything will be solved with this money printing. It all seems very alarming with the historical context in mind.

And believing that hyper-inflation cannot breach our borders due to the fact that the US is *currently* managing the world reserve currency seems very very hubristic. No one is infallible. History has proven this time and time again. Do you really think this time is different, freaks?

Good wine makes a birthday celebration all the better. 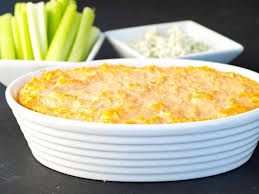 Hope you freaks stacked the "dip"!