Here's something that dropped a couple of days ago and is extremely cool; Minsc. A high-level scripting language that makes it easier for developers building on top of Bitcoin to create unique spending conditions. Making Bitcoin more programable, which should enable more expressive smart contracts. Something that many altcoin promoters, mainly those interested in Ethereum, have bashed Bitcoin about in the past. Bitcoin developer Luke Childs had this to say about Minsc, "It's like Solidity [Ethereum's scripting language], but instead of being hard to write and easy to fuck up, it's easy to write and hard to fuck up."

A running theme in this rag since its inception has been the belief that Bitcoin's slow and steady approach is advantageous because it ensures that the assurances that enable the protocol's continued success are protected while slowly but surely adding desired features over time. In the correct fashion. Minsc is a great example of this belief playing out in reality. Vitalik Buterin, being very impatient, launched Ethereum because of Bitcoin's lack of programability in 2014. If you've been following along with the development of Ethereum, as I have been for some time, you'll know that the project was created and launched in haste with a scripting language that was created from scratch. This rushed product has led to many hacks and broken smart contracts due to the fact that Solidity is an untested programming language. On top of this, the initial version of Ethereum has become so bloated that the project is being forced to design and launch a completely new protocol from scratch, ETH 2.0.

The impatience of those wanting to program on top of Bitcoin led to a premined centralized shit show that is attempting to solve its scripting shortcomings and scaling hurdles on the fly. Juxtapose this with Bitcoin, which has gotten more efficient, more robust, and more programmable over the course of its eleven year history while being the most conservative protocol on the market from an engineering perspective.

Patience seems to be paying off. Minsc will enable cool things like advanced 2FA conditions for spending, Liquid-like federated peg-ins, and traditional preimage-based HTLCs among other cool things. For those of you freaks sitting there wondering, "what the hell is all of that?!" it just means that developers can do cool things with Bitcoin transactions in ways that were not possible, or extremely hard, before Minsc came to market.

Huge shoutout to Nadav Ivgi and others who contributed to Minsc for the incredible work. Bitcoin is better off for it.

I'm very happy I was able to see this band perform before the lockdowns began. 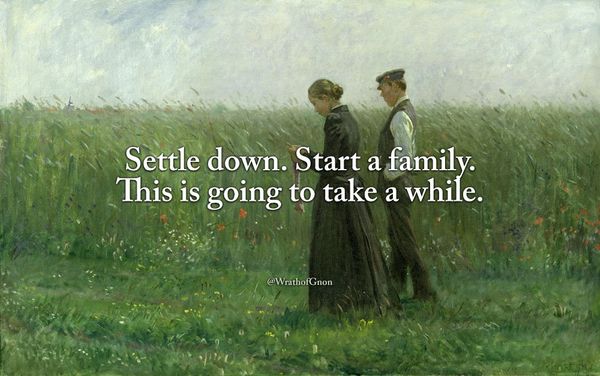 Things may look pretty bleak now, but they can be fixed.

The institution most responsible for tearing apart the fabric of our society is pretending to ride in on a white horse.