Here's a sad reminder of the effect of currency manipulation and debasement has on individuals subjected to the governments who issue them. Lebanese citizens are currently having to come to grips with the fact that their hard earned money is basically worthless. Decades of working hard and sacrificing in hopes of improving their lives dissolved over night. Forced to start again from square one.

Don't be fooled. The currency you use is not immune to this. History has proven time and time again that if the ability to print currency out of thin air to pay for debts is available, it will be utilized by governments. In case you haven't been paying attention, governments around the world are currently printing money and racking up debt at a pace that would have been unfathomable ten years ago. Lebanon is but one domino to fall. I won't be surprised if we see more currencies fall against the dollar as the world runs for perceived safety.

This is why I Bitcoin. Individuals have the ability to opt into a new system that allows the world to get away from the weird form of currency barter that dominates the global markets today. Bitcoin allows international capitalists to avoid the headaches of having to exchange between local and foreign currencies when conducting business. They can leverage Bitcoin's apolitical nature to exchange directly with no middle men in the form of those who profit from currency exchange. The network also won't debase your savings. A win-win!

Moving is such a terrible process. 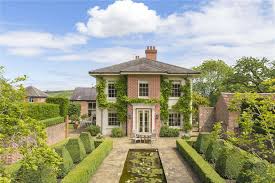 No normie is going to care about a majority of the technical details that are written about in this rag.

via GitHub [https://github.com/bitcoin/bitcoin/pull/18988]Short and late rip today due to the fact that I am packing up my apartment. Here's a cool proposal from