Another week passes and the United States drifts further and further away from any semblance of a capitalist society as the Federal Reserve continues its transition from the "lender of last resort" to "the buyer of first resort". Not too long after announcing the Fed would be purchasing high-yield ETFs made up of corporate bonds, Chairman Powell came out yesterday and made the markets aware that the Fed would begin to directly purchase US corporate bonds that satisfy a minimum rating threshold as defined by the new facility that was created to facilitate these purchases.

Let's not forget, these exotic facilities that were created out of the ether by the Fed are legally dubious as they extend access to their discount window to entities that do not fall within their mandate to protect. Is that really surprising though? We live during an era where the law doesn't matter. Nothing really matters other than keeping the facade of legitimacy standing in front of a kleptocratic establishment class in tact as long as possible. To do this, the Fed needs to buy as many shitty assets as it can. To the point that it is buying corporate bond ETFs and potentially some of the individual bonds that are included in that ETF. Quite literally propping up markets and the derivatives of those markets.

Capitalism is nothing more than an idea that is given lip service by people who like to pretend that what the Fed is doing is natural and necessary. It is imperative that individuals begin calling this out aggressively. Whenever someone states that we live in a capitalistic society, call out their lie. The Fed stepping in and buying up the debt assets of failing companies with money created out of thin air is corporate communism. If we're not careful, this corporate communism will evolve into full blown communism quicker than anyone can imagine.

Don't believe me? Look around at everything that is currently going on in this country. There is a groundswell of pissed off individuals demanding that their view of the world be forced on everyone else. It is too easy for this political movement to point at the welfare the Fed has provided to corporations and demand that individuals receive the same type of welfare.

The Fed is creating handout precedents at a rapid pace. These actions have had and will continue to have ripple effects that make every American worse off as a confused populous demands they receive handouts alongside the corporations.

Contrast this system which depends on very few individuals tinkering levers behind the scenes, picking winners and losers on a whim, with Bitcoin, a system controlled by no one and open for everyone to participate, validate and contribute to consensus. A system that works flawlessly without any tinkering. Enabling the usage of a separate monetary system for anyone who wants to utilize it block by block. Self-adjusting along the way as the system reacts to the pace of block production. We witnessed this self-calibration in action today as the difficulty to mine a block increased by 14.95% due to the fact that a considerable amount of hash rate joined the network since the last adjustment on June 4th.

Bitcoin may be our only hope at turning the idea of Capitalism back into a reality we inhabit.

Feels like late September down the shore at the moment. 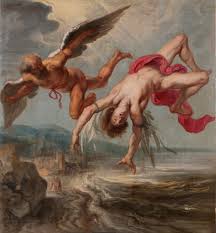 Hopefully Bitmain's self-inflicted sabotage is used as an example by new entrants of what not to do when running an ASIC manufacturer. 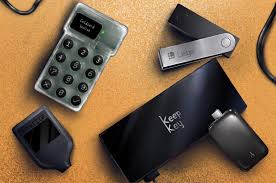 If Bitcoin's success continues, these devices - in aggregate - will hold insane amounts of wealth on them.