It took me a while to focus in on a topic to write about today. This was a combination of me taking some time to read a book this morning, having to record a podcast earlier than normal, and not feeling so strongly about anything I've observed since yesterday's letter. Procrastination led me to Twitter, as it usually does, and to reflect on the conversation I had with Dr. James Todaro this morning. During this procrastination/reflection session I couldn't help but become completely dismayed with the state of truth seeking in media in America.

If you listen to the conversation I had with Dr. Todaro, you'll learn about his experience with the media as he attempted to make the world aware of the fact that the commonly prescribed drug hydroxychloroquine could aid in treatment of COVID19. I'm sure many of you just physically cringed at the last sentence. Go listen to the episode before you jump to any conclusions that may have been heavily manipulated by the media over the course of the last several months.

When you sit down and actually talk to Dr. Todaro and take the time to peel back what he is attempting to do with the research into the drug and whether or not it is effective in treating COVID19 Dr. Todaro admits that it is probably not very effective for patients who have had the virus for so long that they made it to the hospital and isn't a cure all for those who are able to catch the virus early enough. Regardless of the (in)effectiveness of the drug to combat COVID19, the media certainly seemed to rush to conclusions and emphatically call anyone exploring this treatment a loon. To me, it seems like there hasn't been nearly enough time to get a concrete answer and the shaming by the media is extremely unproductive.

Especially when one considers the fact that a study that said the medicine would actually kill patients got published in The Lancet a few weeks ago and was endorsed by the WHO turned out to be completely fabricated. The lack of verification that went into this study is astonishing. And the fact that Dr. Todaro and other researchers have been censored by Google and other platforms for attempting to conduct genuine research makes the situation all the more disheartening.

This is but one example of the media confusing things in our modern times. Below is an example of a clip some journalists used to make it seem like Donald Trump said something he didn't.

There are countless other examples of the media running with things they do not truly understand or overtly misrepresenting things to push an agenda. I myself have been guilty of doing poor research and misinforming due to having a lack of or bad information.

I guess what I'm trying to get at here is that "don't trust, verify" is something that goes beyond Bitcoin. It is a mantra that should be applied to every aspect of your life to the best of your abilities. Agendas and a lack of  information are everywhere. Even here at the Bent sometimes. The onus is on the individual to verify as much as possible to make the most informed decision they can.

Windy days at the beach. No bueno. 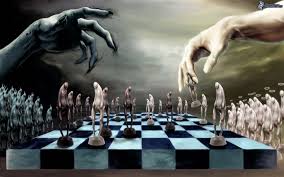 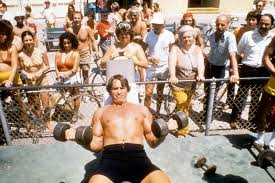 This is the type of stuff that gets your Uncle Marty all hot and bothered.