A lot has been going on over the last week. There are a number of topics I want to cover and I can feel the creep of decision paralysis creep as I attempt to choose one to write about today. Instead of choosing one topic, I'm going to firehose them all here now with some short commentary on each.

There's been an uptick of activity from bitcoiners who were around and mining when the protocol launched in 2009. Last week, we covered the movement of UTXOs produced as coinbase transactions on February 9th, 2009. This spooked some people out, but if you looked at some data you would realize that this is not an abnormal happening. Something that doesn't happen very often though is someone from this era using their private keys to sign messages proving they own coins held in certain wallet addresses. This happened on Monday, and it was beautiful.

For you freaks who are unaware, there has been a mentally defective individual running around claiming that he is Satoshi Nakamoto. He has threatened to market dump his bitcoins many times because he does not approve of the direction of the protocol. Recently, he handed in a list of bitcoin addresses that he "has control of" to a court in Florida. Well, it turns out he does not have control of these addresses because the person that does signed a message for 145 of them proving that the mental defective has been lying this whole time.

Honestly, this is not surprising and anyone with any common sense and a decent intuition could tell from the jump that this loser was nothing more than a loon. Hopefully people stop talking about him after this.

On another note, as you may be able to tell from my tweet, the signing of these coins has me thinking that commonly accepted estimates of the amount of coins that have been "lost" forever are grossly overestimated. It seems that there are more capable and hardened hodlers from the early days than previously thought. The individual that sent and signed this message even seems to think that the protocol is on the right path! Bullish.

The weather in China is cycling into a flood season and it may have an effect on Bitcoin's hashrate. Historically, flood seasons in China have coincided with a precipitous rise in hashrate as the flowing water provides very cheap energy for miners. It will be interesting to see if this trend continues this year. And if you haven't done so already, give Leo a follow on Twitter if you hangout there. He's one of my favorite people to follow for high quality mining insights.

Here's something that really has your Uncle Marty all jacked up; the ability to plaster ads in the game Bitcoin Bounty Hunt using a simple jpeg image and the Lightning Network. In my opinion, this is one of the most novel ideas I've seen in quite some time. As you freaks know, your Uncle Marty isn't much of a gamer anymore, but he does acknowledge the fact that gaming is a pretty big deal and a lot of other individuals like it. Therefore, it makes sense to try to leverage that fact.

The team at donnerlab has created a first person shooter game called Bitcoin Bounty Hunt and they are attempting to monetize the game and help players get paid by allowing individuals and businesses alike to pay sats for billboard space within the game. As you can see from the tweet above, we have some ads for Tales from the Crypt running in the game. The process for getting these ads in the game is extremely straight forward and was easier than I could have ever expected. All because the Lightning Network enables me to send very small amounts of money instantly without any third party. The idea of paying $0.25 for an ad with a debit or credit card is asinine. Doing this via the Lightning Network is not. It's simple. It's fast. It's cheap. Bullish on this trend becoming more popular.

Goldman Sachs is out here shilling their clients poorly thought out critiques of Bitcoin that make it seem like they're way behind the curve when it comes to understanding Bitcoin. Hate to see it.

(I should proofread my tweets and this rag before hitting send.)

This is a huge step forward for making the UX of verifying the UTXOs you are receiving with your own full node much better by streamlining the process. 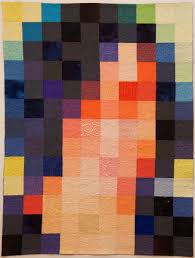 A HUGE step in the right direction.